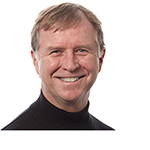 The NCCD Board of Directors welcomed three new members at its first meeting of 2017. These individuals bring a breadth of experience and decades of work in their fields to the board.

New board member Mark Soler, executive director of the Center for Children’s Law and Policy, said, “I’ve admired the work of NCCD for more than 35 years and I’m proud to be a part of the organization.”

Board chair Chris Baird welcomed the new board members, saying, “Each brings unique and valuable expertise that I know will be a real asset to the organization. We are looking forward to working with them.”

New members of the NCCD board are:

Peter Quigley. Before retiring in 2014, Quigley served as NCCD’s vice president of information services. During his 28 years with NCCD, Quigley was instrumental in designing and developing innovative database applications for human services agencies. Under Quigley’s direction, the SafeMeasures® system for performance and outcome measurement in child welfare reached national prominence. 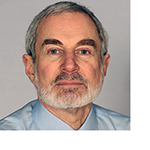 Mark Soler, JD. Soler has worked on juvenile justice reform throughout the country for more than 35 years, first at the Youth Law Center and, since 2006, at the Center for Children’s Law and Policy, where he serves as executive director. He has been a part of the Annie E. Casey Foundation’s Juvenile Detention Alternatives Initiative since its inception in 1992 and led Stop Solitary for Kids, a national campaign to end solitary confinement of youth in the justice system. Soler has written prolifically on civil rights issues and the rights of children and has received multiple awards for his work. 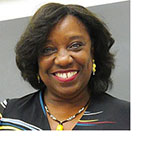 Trina Thompson, JD. The Honorable Trina Thompson, an Alameda County Superior Court Judge in Oakland, California, handles felony jury trials and multiple co-defendant homicide trials. She has served as the presiding judge of the Alameda County Juvenile Court and was appointed by President Obama in 2011 to serve as practitioner member of the Coordinating Council on Juvenile Justice and Delinquency Prevention. Thompson has practiced law for over 25 years and lectures for the Ethnic Studies Department at the University of California, Berkeley. She was recently featured in the documentary In the Red.