Lawsuit Filed Over Treatment at Juvenile Facilities in Wisconsin

Lawsuit Filed Over Treatment at Juvenile Facilities in Wisconsin 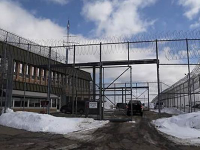 The ACLU of Wisconsin and the Juvenile Justice Center have filed a lawsuit against the State of Wisconsin alleging poor conditions and the mistreatment of young people housed at two juvenile detention facilities near Wausau, Wisconsin. The lawsuit, filed on behalf of four teens and their parents, contends that facility residents were subjected to extended periods of solitary confinement. Other alleged instances of mistreatment include guards using pepper spray meant for bears over minor incidents. Conditions at the two facilities are alleged to be extremely poor and have not improved despite ongoing recent investigations. Read about the lawsuit in the Milwaukee Journal Sentinel here. Read NCCD CEO Kathy Park’s recent letter to the editor about the need for juvenile justice reform in Wisconsin, also published in the Milwaukee Journal Sentinel, here.