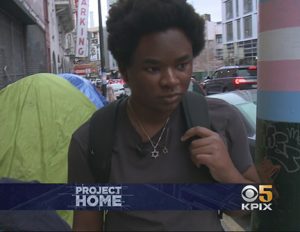 A researcher at the University of California, Berkeley, would like California to pass a law making it illegal to discharge anyone from jail or foster care who does not have a home to return to. Dr. Coco Auerswald, an associate professor of Community Health Sciences at UC Berkeley, studies youth homelessness and believes such a law would help decrease the number of “street kids” in California communities. She points out the disparities among homeless youth in Berkeley: 60% are African American—a proportion much greater than the general population, which is approximately 10% African American. In addition, she has found that LGBTQ youth are overrepresented in the homeless population. Take Rika Abir, a young, black, transgender woman who says her identity is directly related to her experiences of homelessness. Read more about Abir’s story and Auerswald’s research here.