Half of Oklahoma Is Now Indian Territory. What Does That Mean for Criminal Justice There?

Half of Oklahoma Is Now Indian Territory. What Does That Mean for Criminal Justice There? 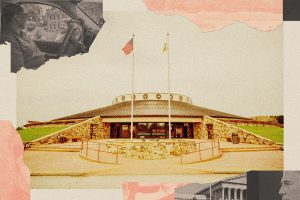 A July US Supreme Court ruling that the eastern half of Oklahoma is within a Native American reservation was a major legal victory for tribal citizens working to strengthen tribal sovereignty, including the power to mete out justice using their own laws and traditions. However, the way this ruling will affect the quality of justice on reservation land remains to be seen. Since 1885, when Congress passed the Major Crimes Act, federal courts have had jurisdiction over violent felonies involving tribal citizens. The act is one of the factors blamed for disparities for Native Americans in the federal prison system. Citing NCCD, the article notes that Native men are four times more likely to be incarcerated than their White counterparts, and that Native women are six times more likely. This article by The Marshall Project looks at the complexities of this change in criminal jurisdiction boundaries.