The Courts See a Crime. These Lawyers See a Whole Life.

The Courts See a Crime. These Lawyers See a Whole Life. 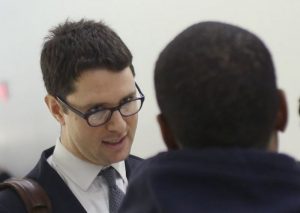 “Holistic defense” in its true form—which considers clients’ current court cases along with other life problems that may have led them to criminal conduct—is the subject of a new study with promising results. RAND Corporation and the University of Pennsylvania Law School compared outcomes of defendants in the Bronx who were represented by a holistic defender’s office versus outcomes for those who received services from a more traditional defender’s office. The study found that over a 10-year time period, those who received a “holistic defense” spent 1.1 million fewer days in jail, with no expected increase in crime. Read more about the study and the specific programs in the Bronx here.