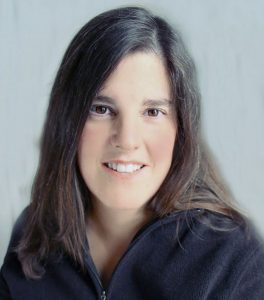 Liz Ryan was appointed administrator of the Office of Juvenile Justice and Delinquency Prevention (OJJDP) by President Joe Biden, effective May 16. As head of OJJDP, she will direct grant programs, training initiatives, and policy activities aimed at protecting children and strengthening the juvenile justice system.

Ryan joins OJJDP from the Youth First Initiative, a national campaign to end youth incarceration, which she founded and served as president and CEO. As president of Youth First, Ryan led a multi-state effort to shift resources from incarceration to community-based services. The initiative led to the closure of youth prisons in a half-dozen states and redirection of more than $50 million to non-incarceration alternatives.

“Liz Ryan is an impassioned advocate for America’s youth and a visionary whose actions have benefitted our nation’s young people in countless ways,” said Office of Justice Programs Principal Deputy Assistant Attorney General Amy L. Solomon. “As a champion of reform and as a proven problem-solver, she will put our children first and help guide our nation toward smarter, more just, and more humane juvenile justice policies and practices.”

Prior to founding Youth First, Ryan was founder, president, and CEO of the Campaign for Youth Justice, which focused on ending the prosecution of youth in adult criminal court and the placement of youth in adult jails and prisons. Earlier in her career, Ryan served as advocacy director for the Youth Law Center and co-founded the Act 4 Juvenile Justice campaign. In addition, she was a government relations advocate for the Children’s Defense Fund and National Field Director for the Juvenile Court Centennial Initiative, an OJJDP-funded effort that promoted juvenile justice successes in 20 states.

For the past two years, Ryan worked as a student investigative journalist with the Louisiana State University Cold Case Project on civil rights-era cold cases. She also worked with the families of the Martinsville Seven and other advocates to successfully obtain a pardon of the seven young Black men who were executed after being convicted by all-white juries of sexually assaulting a white woman in Martinsville, Virginia, in 1949, the first posthumous pardon granted in the Commonwealth of Virginia.

Ryan is a Virginia native who holds a master’s degree in international studies from The George Washington University and a bachelor’s degree from Dickinson College.