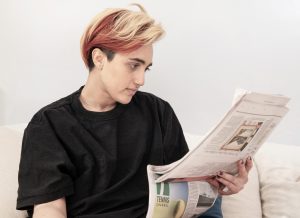 Unfortunately, Texas is not alone. At least two other US states recently advanced anti-trans bills that criminalize gender-affirming care for youth.

The Alabama Senate approved a bill that would make it a felony—punishable by up to 10 years in prison—for a doctor to help young people with gender transition by prescribing puberty blockers or hormones or by performing surgery. The bill has moved to the Alabama House of Representatives for approval.

In Arizona, both the House and Senate have advanced anti-LGBTQ bills. Senate Bill 1138 bans some gender-affirming medical care for young people. House Bill 2161 forces health care workers and school staff to out LGBTQ children to their parents. These moves in Arizona are opposed by medical and mental health care professionals, who say the legislation hinders their ability to provide best-practice care. The Human Rights Campaign strongly condemned the Arizona legislation, and reported that 2021 was the worst year for anti-LGBTQ legislation.