Each year, in conjunction with the Media for a Just Society Awards, Evident Change recognizes one superior piece of media with the Distinguished Achievement Award. The recipient is chosen by a panel of guest judges. Read about the members of this year’s panel below. 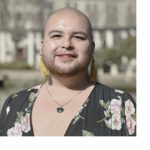 Aldita Gallardo (she/they/ella) is an organizer, facilitator, and resource mobilizer based in Oakland, California, on unceded Ohlone Land. Currently, she serves as Program Officer for the Fund for Trans Generations, a donor collaborative at Borealis Philanthropy that resources emerging trans-led organizations in the United States. Aldita has been organizing at the intersections of racial, gender, and economic justice for over a decade and believes participatory grantmaking can be a democratizing process that allows funders to share power. As an alumna of Grantmakers United for Trans Communities Leadership Fellowship, Justice Funders’ Harmony Initiative, and Funders for Justice’s Fellowship, Aldita is committed to equity and shifting practices in philanthropy. Aldita serves as Co-Chair of the Advisory Board of El/La Para TransLatinas, a translatina-led organization that builds the collective power of transgender immigrant women in San Francisco, and recently joined the Board of Directors at Funders for LGBTQ Issues. Aldita received a BA from Northwestern University in sociology with minors in Latinx studies and Spanish language and literature. 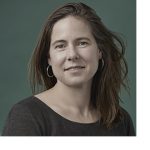 Anna Sale is the creator and host of Death, Sex & Money, the podcast from WNYC Studios about “the things we think about a lot and need to talk about more.” After debuting at the top of the iTunes chart in 2014, Death, Sex & Money was named the #1 podcast of the year by New York Magazine in 2015. Anna won a Gracie for best podcast host in 2016, and the show won the 2018 Webby and 2021 Ambie for best interview show.

Before launching Death, Sex & Money, Anna covered politics for nearly a decade. She is the author of the book Let’s Talk About Hard Things, which The New Yorker wrote “shows us how supportive listening happens.” She grew up in West Virginia and now lives in Berkeley, California, with her husband and two daughters. 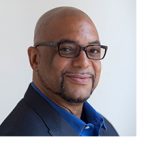 Stanley Richards is the Deputy Chief Executive Officer of The Fortune Society, a service and advocacy nonprofit organization in New York City. The Fortune Society’s mission is to support successful reentry from prison and promote alternatives to incarceration. A formerly incarcerated person, Stanley was recognized by the Obama administration in 2014 as a Champion of Change for his commitment to helping individuals impacted by the justice system. He also became the first formerly incarcerated person to be appointed to the NYC Board of Correction. In June 2020, as Vice Chair of the Board of Correction, Stanley was appointed to lead the Working Group to End Punitive Segregation. In July 2021, he was appointed the First Deputy Commissioner of Programs and Operations at the New York City Department of Correction—the second largest jail system in the country. His other appointments include the Independent Commission on New York City Criminal Justice and Incarceration Reform and the NYC Commission on Community Reinvestment and the Closure of Rikers Island. Stanley is a graduate of Medaille College, Columbia Business School’s Advanced Management Program, and the Robert Wood Johnson Fellowship Program.