“Raised in the System”

What should happen to young people who commit violent crimes?

Making an impact on mass incarceration means discussing this difficult question. In the United States, nearly half of people who are incarcerated are serving time for a violent offense, including assault and robbery. Many of them experienced their first arrest as a young person.

It is easy for most people to understand why decades of incarceration are inappropriate for people who commit nonviolent crime. When it comes to violent crime, conversations about consequences force a deeper confrontation with our beliefs about punishment, the capacity for change, and how human beings deserve to be treated. They also ask us to examine the evidence about what constitutes an effective justice system. 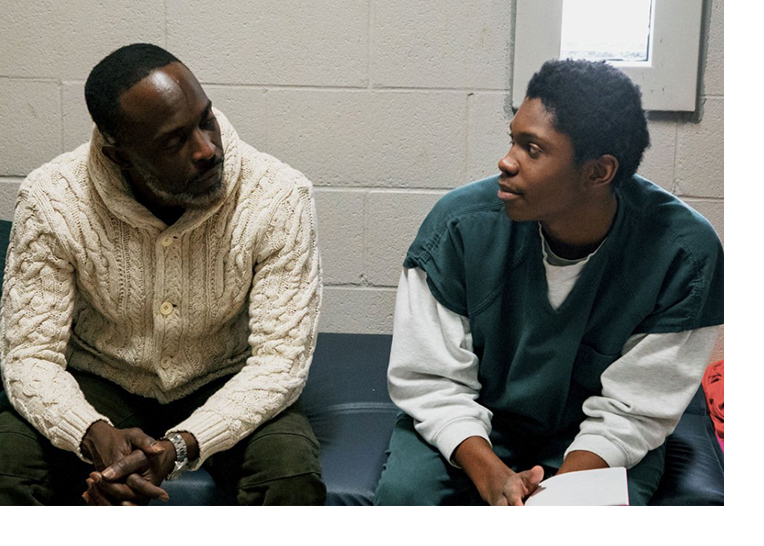 “Raised in the System,” this year’s winner of the 2019 Distinguished Achievement Award, highlights these critical issues. This episode of the series Vice was chosen by four illustrious guest judges for this honor. And as judge Dwayne Betts notes, this documentary “takes us somewhere that is very rarely gone in the discussion of mass incarceration.”

As the host of “Raised in the System,” actor Michael Kenneth Williams (pictured) spends time with young people convicted of violent crimes. He listens to them where they live, in communities and in detention facilities. He shares his own experience growing up in a violent neighborhood and defeating drug addiction.

Williams also spends time with adults who, like his nephew Dominic, were convicted of violent crimes as young people. Many of them have essentially grown up in maximum security prison. While leading a men’s group in the prison, Dominic asks, “How many people came to prison at a very young age? I want you to raise your hand.” Nearly every hand in the room goes up. And virtually every person in the room is a man of color.

These men exemplify a paradox of our justice system. The United States incarcerates more young people than any other country. Yet arrests for many violent crimes peak during the teenage years and then decline drastically, a phenomenon related to how adolescent brains mature. Many kids will “age out” of criminal behavior. What “Raised in the System” shows us is that many young people, particularly people of color, are already sentenced to decades behind bars before they have the opportunity or support to do that.

While “Raised in the System” focuses on the lives and choices of individual young people to illustrate the larger issues, our guest judges observed that the information shared should instruct decision makers on the need to address broader root causes. As Danielle, a young woman serving a 33-year sentence, tells Williams, “Growing up in my household was different. Sometimes no light, no water, no food, so I turned to the streets for real.” Other young people talk about intense abuse, the death of a parent, and the pain of witnessing family members’ incarceration at a very young age. Some have seen every member of their family incarcerated. “I want to be the first one [in my family] to grow up and not to go to prison,” says a young boy in a class Williams visits.