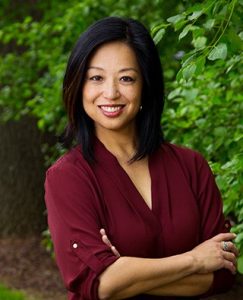 The June 23 ruling by a federal judge is the push Wisconsin needs to catch up with the national movement to eliminate the use of solitary confinement for youth.

In asking for quick and substantial changes at Wisconsin’s juvenile correctional facility, US District Judge James Peterson alluded to research showing that some practices used at Lincoln Hills and Copper Lake may cause extreme and lasting harm—both physical and emotional. Solitary confinement in particular deprives young people of the socialization, services, and physical exercise needed to have a chance at being healthy, successful adults.

According to a 2015 survey, 29 US states plus the District of Columbia prohibit punitive solitary confinement in juvenile facilities. Another 15 states limit the amount of time youth can spend in solitary. While Wisconsin is among those, nearly all the other states limit that time to 10 days or less; Wisconsin allows up to 60 days. In announcing his decision, Judge Peterson called Wisconsin “an extreme outlier in terms of its policy.”

Those of us working to reform the juvenile justice system welcome Judge Peterson’s decision and guidance. How jurisdictions handle the confinement of young people should be based on research, and the research overwhelmingly shows that institutional cultures characterized by control and punishment rather than rehabilitation and support come with greater human and financial costs to young people and communities.

Our policy choices should be made with the sole intent to give young people the best possible chance to succeed as adults, which will make all of us safer.

This was originally published as a Letter to the Editor in the July 2, 2017, edition of the Milwaukee Journal Sentinel.

The June 23 ruling by a federal judge is the push Wisconsin needs to catch up with the national movement to eliminate the use of solitary confinement for youth. In asking for quick and substantial changes at Wisconsin’s juvenile correctional facility, US District Judge James Peterson alluded to research showing that some practices used at…
We use cookies on our website to give you the most relevant experience by remembering your preferences and repeat visits. By clicking “Accept”, you consent to the use of ALL the cookies. However you may visit Cookie Settings to provide a controlled consent.
Cookie settingsACCEPT
Manage consent