Why We Shouldn’t “Over Medicate” Youth Who Break the Law

Why We Shouldn’t “Over Medicate” Youth Who Break the Law 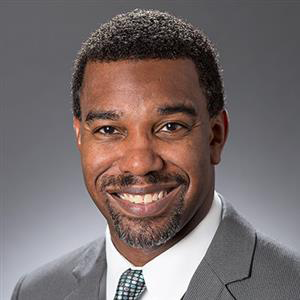 A note from Katie Nachman: As I mentioned early in this blog series, well-intended interventions…


A note from Katie Nachman: As I mentioned early in this blog series, well-intended interventions may have unintended consequences. To illustrate this point, I reached out to a colleague at the Annie E. Casey Foundation (AECF)—an important partner in NCCD’s juvenile justice work. Steve Bishop is a senior associate at AECF and has a great deal of experience in juvenile justice reform. I am pleased that he agreed to share his thoughts on the unintended consequences of youth probation for this week’s blog.

Imagine yourself battling the flu. You have been sick on and off for weeks—coughing, sneezing, body aches, fever—and have tried every over-the-counter medication. Finally, you’ve had enough and go to the doctor. The doctor examines you, diagnoses the flu, and recommends chemotherapy. You ask the doctor about this aggressive recommended course of treatment. The doctor says less treatment could work too, but wants to go straight to chemo and radiation just to be sure.

We overreact in juvenile justice, too. The fields of adolescent development and brain science tell us that it is typical for youth and young adults to make poor decisions that result in risky, questionable, and even unlawful behavior. Yet most young people age out of this behavior, mature, and become law-abiding citizens without the intervention of the juvenile justice system. Why, then, do we place young people who commit low-level offenses and pose little risk to the community on probation?

Several years ago, a nephew was at our house and stumbled across my child’s birthday money. He made an impulsive, thoughtless decision and took the money. The family discovered the theft after we became curious about his surge of generosity toward my children and other neighborhood kids when the ice cream truck made its rounds. The adults in our family responded by making sure that my nephew was both held accountable for his actions and counseled about his behavior. Sound familiar? Of course.

I think about this story, though, and know it could have turned out differently. Given that adolescent misbehavior is largely a function of opportunity, not criminal intent, I wonder what would have happened if this opportunity to steal money had happened outside my home. What if it had happened in school, at a local park, or in a department store?

The reality is the behaviors exhibited by my nephew that day were addressed and stopped. He is a growing, maturing young man who probably cringes when he thinks about his foolish choice that day. But if the juvenile justice system had gotten involved, what level of treatment would it have given him just to be sure it didn’t happen again? Would he have been placed on probation or put into a community-based program? Even more importantly, what side effects might he have suffered from excessive treatment?

Much like chemotherapy, even well-structured, well-intentioned juvenile justice interventions can have severe adverse effects, particularly for youth who do not need that level of intervention. The stigma of being adjudicated delinquent, having a permanent record, and possibly being returned to court for failing to follow probation rules are just a few of the potential side effects.

For precisely these reasons, we must reexamine our use of probation and use it only when it is the appropriate treatment. Probation should be reserved for youth who commit serious and repeat offenses, and it should provide support, guidance, and supervision to assist these youth in maturing out of delinquent behaviors. Unfortunately, juvenile courts across the nation are routinely administering chemotherapy for the flu.