Why Should You Care About Foster Care?

Why Should You Care About Foster Care? 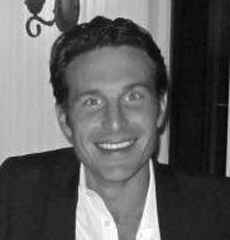 Daniel Heimpel is the founder of Fostering Media Connections and the publisher of the Chronicle of Social Change.

It is easy to become overwhelmed when considering the disparities in opportunity that place certain American children on a road to prosperity while condemning others to lives eked out at the growing margins.

Daniel Heimpel is the founder of Fostering Media Connections and the publisher of the Chronicle of Social Change.

It is easy to become overwhelmed when considering the disparities in opportunity that place certain American children on a road to prosperity while condemning others to lives eked out at the growing margins.

A report released by Harvard University’s Program on Education Policy and Governance in 2012 found that American students scored 31st and 23rd in math and science respectively. In the same year UNICEF released a report that found the United States had a child poverty rate of 23.1% — more than one in five American children — as compared to countries Slovakia, Australia, and Hungary with half that rate.

These kinds of numbers leave many reeling, and hard pressed to find solutions. But, as I have found in my work as a journalist and advocate for vulnerable children, the foster care system holds solutions to some of the largest problems facing all American children.

While the news media focuses an inordinate amount of attention on the true deficits to the system, there is a wholly different story emerging from this country’s child welfare system―one that has the power to drive substantive change in all areas that affect children. In the past two decades we have seen a dramatic reduction in the number of children who enter foster care, decreased time for children spent languishing in out-of-home care, and increased attention on their educational and overall well-being needs.

While it is easy to focus on the dismal outcomes for the 26,000 youth who will age out of the system without a permanent family, we should also be paying attention to the foster youth in California’s college support programs who are persisting and graduating at higher rates than their peers, and the stunning level of civic engagement of 106 foster youth‒run advocacy groups scattered throughout the nation that are bending the arc of child welfare policy on the state and federal level.

There are currently just over 400,000 children living in out-of-home foster care. That represents roughly one half of one percent of all the children in America. These children, through no fault of their own, have landed in a public system and have thus become our collective responsibility. Thousands of people work to support these children, and have made great strides towards bettering their futures. But, there is still much more work to do.

This is not an appeal based on fear, but rather confidence in what can be done if we work together to focus and improve on the solutions being found in the foster care system and unleash the latent potential found in all the children who are touched by it. In so doing we will not only tap into a wellspring of talented young people, but we will chart a path to fixing those seemingly overwhelming problems we must overcome if we want a better future for all our children and our country.

So first become informed. Then find an public or private agency working with foster children where you live, make a call, and become part of a living, thriving movement that marks the starting part of the overall change this country needs.

Daniel Heimpel is the founder of Fostering Media Connections and the publisher of the Chronicle of Social Change. It is easy to become overwhelmed when considering the disparities in opportunity that place certain American children on a road to prosperity while condemning others to lives eked out at the growing margins. Daniel Heimpel is the…
We use cookies on our website to give you the most relevant experience by remembering your preferences and repeat visits. By clicking “Accept”, you consent to the use of ALL the cookies. However you may visit Cookie Settings to provide a controlled consent.
Cookie settingsACCEPT
Manage consent