When Well-Meaning Efforts Fail Due to Lack of Systems Thinking

When Well-Meaning Efforts Fail Due to Lack of Systems Thinking 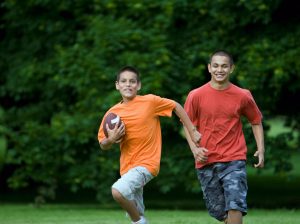 With a background in social work, I used to engage with clients involved in multiple public service systems. I often saw well-meaning efforts fail because these systems did not interact, and the client’s individual needs were not addressed through the context of the larger community and society.

One of my social work clients was a young single mother living well below the poverty level. She had a low-paying job that was stressful and offered no advancement opportunities. I set up a meeting for her with an employment counselor, who in turn set up the client with a job that sounded perfect for her.

A few weeks later, I saw my client again and learned she was no longer working at her new job. When I asked her why, she reported that she was unable to continue because of the second-shift hours. She did not own a car, and she could not walk to the work site because it was too far away. The public buses stopped running before her shift was over, leaving her no way to get home. She took her young daughter out of her government-subsidized daycare center because it was only open during regular work hours. Unfortunately, the child care arrangement she made with a friend quickly fell through.

While my client had the internal motivation and capacity to do the work, her career counselor did not assess the feasibility of the job assignment for her. Because we worked in separate systems, the counselor and I did not communicate about the client’s needs or barriers. The client thought she could solve the problems on her own, but soon found herself without a good long-term solution. And no one stopped to consider the macro-level issues: the lack of support for working parents and that low-income people often cannot afford to live in desirable areas that are close to good jobs and public transportation.

So, what happened? The client lost her subsidized daycare placement and had to wait several months before a new spot became available. She went from having a less-than-ideal job to no job at all. She became demoralized after losing a good opportunity. Even well-meaning efforts can have unintended consequences.

I believe the same is true for the juvenile justice system. Communication within the system and with external partners can be lacking. Well-meaning reform efforts may be too focused on small details of the system while losing sight of the big picture. So much attention is paid to the reform program or policy that no consideration is given to the unintended consequences that may arise.

When working to improve outcomes for individuals served by our social service systems, the importance of systems thinking cannot be overstated. For more on this topic and how it applies particularly to juvenile justice system reform, please check back weekly for more blog posts in this series.

With a background in social work, I used to engage with clients involved in multiple public service systems. I often saw well-meaning efforts fail because these systems did not interact, and the client’s individual needs were not addressed through the context of the larger community and society. One of my social work clients was a…
We use cookies on our website to give you the most relevant experience by remembering your preferences and repeat visits. By clicking “Accept”, you consent to the use of ALL the cookies. However you may visit Cookie Settings to provide a controlled consent.
Cookie settingsACCEPT
Manage consent