What You Should Be Asking Social Scientists About Inequality

What You Should Be Asking Social Scientists About Inequality 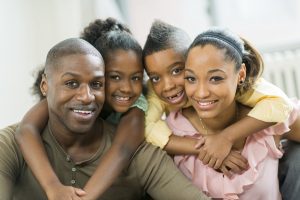 If sociologists had an equivalent to the Hippocratic Oath, we would probably have to swear to identify and bring to light the social structures that perpetuate inequality. Given this, it is not surprising that as a sociologist I have found myself with a career dedicated to studying child welfare reform. Even a cursory glance at the foster care system reveals that children from low-income communities and children of African American, Latino, and Native American heritage are overrepresented in the foster care system. African American, Latino, and Native American families are many times more likely than other families to be investigated on suspicion of child maltreatment, and their children are much more likely than white and Asian American children to be removed from their parents.1

Even when children are not removed from their parents, being under surveillance for child abuse or fearful of child abuse accusations is damaging to families. The fear of having one’s children taken away is inherently traumatic and disempowering.2 Ironically, parents who feel less self-efficacy (i.e., a belief in their ability to achieve their parenting goals) are also less effective at parenting, so fear may directly reduce the quality of parenting in communities that are over-surveilled.3 Thus, when some communities face greater surveillance and risk of surveillance than others, the child welfare system perpetuates inequality on a mass scale.4

One particularly impressive example of effective public social science is the California Child Welfare Indicators Project (CCWIP) out of the University of California, Berkeley. This easy-to-access treasure trove of data makes explicit how widespread racial disproportionality is in child welfare. By making the system’s inequalities transparent, the CCWIP has helped advance dialogue about child welfare reform.

Though they perpetuate inequalities, child welfare systems are necessary. Some parents are not capable of caring for their children without help. And sadly, there are parents who should not be allowed to keep their own children. Predicting which parents do and do not present a risk to children is the holy grail of child welfare research. I am worried that today, with the best of intentions, in pursuit of that holy grail, social scientists in the child welfare field may be on the verge of worsening the very inequalities brought to light by projects such as the CCWIP.

In the age of big data, it is natural that social scientists would turn to techniques like machine learning and random forests in hopes of finding an automatic way to identify children who are at risk of abuse or even death. Even before big data entered the lexicon, organizations like NCCD began studying regression modeling to see if it is possible to predict, in advance, which families could benefit from additional services. We have done so with some success. Data can indeed improve the probability that social workers will make the right decision about whether a family requires intervention. It seems laudable that social scientists would turn our attention to making those predictions stronger and more accurate, as data analysis techniques and computing power open new pathways for us.

This leaves us with the fundamental dilemma of social scientists in child welfare today: Is it better to build the most accurate possible risk model, even if it dooms us to permanently perpetuate the very bias and harmful disproportionality we currently see in child welfare, ensuring that low-income communities and communities of color continue to be separated from their children at higher rates? Or is it better to adjust risk models to promote better racial equity and fairness to all families, even if the model is then not as accurate at predicting future system involvement?

This question is further complicated by the fact that future system involvement is not the same thing as experiencing child abuse. Many children who experience abuse are undoubtedly not brought to the attention of the child welfare system, while other children are brought into foster care for questionable reasons. (There are very few real ways to know the scope of abuse in society, except for severe abuse that results in medical emergencies or child death because of the records these events create.)

At NCCD, we have made a choice about how to approach this dilemma. We do risk modeling work, but we revise our model with a racial equity lens—even if we know that in so doing we will not produce the most powerful model that we could achieve. We also advise caution in the use of risk models. We encourage jurisdictions to consider safety, and legal definitions of child maltreatment, before they investigate a family or remove a child. NCCD’s risk assessments are intended to be used only after a safety assessment has been completed, and risk assessment is not used to remove children from their families because even the best risk assessment can only bring a social worker closer to forecasting what will happen in the future. A risk assessment cannot foretell the future because every family is unique.

This brings me back to my sociological version of the Hippocratic Oath. Does what we do at NCCD, as social scientists, bring to light the social structures that perpetuate inequality? Certainly, we talk about inequality in child welfare. My colleagues on our social service practice team do extensive work with jurisdictions on reducing disproportionality. Does our work as researchers at NCCD accomplish these goals? I believe we are effective in promoting responsible use of statistical modeling—modeling that maximizes our ability to identify children who need help without perpetuating the inequalities of child welfare. I also think we could do more to illuminate the role that social science, with our regression models and our algorithms, plays in reproducing the inequalities of child welfare. So, this ends with an invitation to everyone who works in child welfare and to families: Ask us, and other social scientists, hard questions about racial equity; challenge us to explain how we try to achieve a balance between predictive accuracy and equity; ask us to explain the variables we use in our models. We are ready for your questions.

If sociologists had an equivalent to the Hippocratic Oath, we would probably have to swear to identify and bring to light the social structures that perpetuate inequality. Given this, it is not surprising that as a sociologist I have found myself with a career dedicated to studying child welfare reform. Even a cursory glance at…
We use cookies on our website to give you the most relevant experience by remembering your preferences and repeat visits. By clicking “Accept”, you consent to the use of ALL the cookies. However you may visit Cookie Settings to provide a controlled consent.
Cookie settingsACCEPT
Manage consent