What the Juvenile Justice System Can Learn From Health Care

What the Juvenile Justice System Can Learn From Health Care 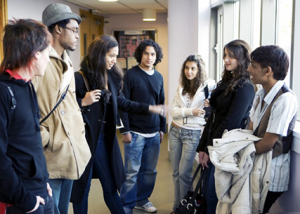 In previous blog posts, I discussed the problems that can arise from a lack of systems thinking and the barriers to understanding juvenile justice systems. Fortunately, we have a model to study: The health care industry has been mapping and analyzing systems for many years. Why apply the health systems model to juvenile justice? Turns out these two systems are surprisingly similar.

In most cases, both the health care system and juvenile justice system begin with good intentions. They want to take people (inputs), do things to them or put them places (activities), to make them better (outcomes). When a patient is sick, doctors want to intervene. They want to treat that patient with medicine or hospitalize him. But the intervention does not always make the patient better. Sometimes it can have unintended consequences, such as an allergic reaction to medication. Sometimes hospitalized individuals contract dangerous infections, which can spread to others and cause undesired outcomes for the individuals along with poor system performance.

Why perform these interventions if they might have unintended consequences? Humans are naturally averse to risk, and doctors are no exception. No doctor wants to be sued because a patient was not hospitalized and died of an illness. Juvenile justice leaders often ask the same question: “What if releasing this young person negatively impacts community safety?” Unfortunately, this is the wrong question to ask. A better one would be: “What if the juvenile justice system is making the community unsafe?”

Tune in next week to learn about the key steps in systems mapping.

In previous blog posts, I discussed the problems that can arise from a lack of systems thinking and the barriers to understanding juvenile justice systems. Fortunately, we have a model to study: The health care industry has been mapping and analyzing systems for many years. Why apply the health systems model to juvenile justice? Turns…
We use cookies on our website to give you the most relevant experience by remembering your preferences and repeat visits. By clicking “Accept”, you consent to the use of ALL the cookies. However you may visit Cookie Settings to provide a controlled consent.
Cookie settingsACCEPT
Manage consent