What Is—and Is Not—Restorative Justice?

What Is—and Is Not—Restorative Justice? 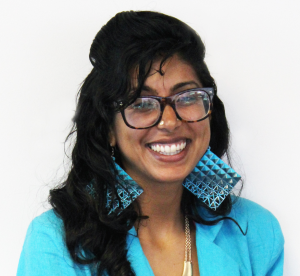 Are the rising numbers of programs and processes calling themselves “restorative justice” really restorative? Or only so in name?

Are the rising numbers of programs and processes calling themselves “restorative justice” really restorative? Or only so in name?

It’s important to start with the question, what is restorative justice? At its core, restorative justice is a philosophy with accompanying principles. Restorative justice views crime as a harm done to people and relationships. What law is broken is less important than how people have been harmed. This philosophy provides a different framework for addressing crime that prioritizes the victim’s needs, as defined by the victim, rather than by the state or local prosecutor. This differs greatly from the traditional criminal legal system, which focuses on the person who committed the crime and the ways that they should be punished. Within the criminal legal system, the primary questions asked are:

These questions place the person who committed the crime at the center of the discussion. Nowhere in these questions are the victim or the victim’s needs acknowledged. The crime is viewed as against the state rather than against the victim, as the victim is not named as a party. In contrast, restorative justice orients itself around the victim by asking the following questions:

So, what does this mean in action? In the words of Howard Zehr, a leader in the restorative justice movement, “Restorative justice is a process to involve, to the extent possible, those who have a stake in the specific offense and to collectively identify and address harms, needs, and obligations, in order to heal and put things as right as possible.”

Restorative justice is not punitive. It is not “an eye for an eye.” The repair that the person who harmed must do is determined by a conversation with the victim and her supporters, and does not have to be equal to or even related to the harm. It must be restorative in nature, rather than punitive. A perfect example of how nuanced this concept is, comes from a British article reporting that youth who vandalized a bridge will repay their debt by spending an hour per week to repair the bridge and will issue a letter of apology. While this may seem not as punitive as sending the youth to jail, it is also not necessarily restorative. The punishment is community service, which is also used within the traditional criminal legal system. However, this punishment does not necessarily repair relationships…it simply repairs the bridge. The crime was also not against a person but property, which does not directly speak to the damage in relationships that crime creates.

While, restorative justice processes works best in crimes against people, it is possible to make this British example more restorative. A facilitator could have organized a circle between the community members who were impacted by the destruction of the bridge, and the youths and those there to support the youth through the process. The community could have spoken about how they used the bridge to get to work, or how their family members built the bridge. The youths could have acknowledged their responsibility for destroying the bridge and explained why they did it or what difficulties they might be experiencing in their lives at the time. The youths could have come up with an accountability plan and the community could have offered to support the youths in carrying out that plan. If, for example, the plan included learning how to do woodwork to understand how much work it takes to build a bridge, someone in the community who did construction could offer to take a youth on as an apprentice.

Similarly, the practice of writing community impact letters about juvenile crimes could be transformed from a potentially punitive exercise to a restorative dialogue. Community impact letters are letters to the court from community members about the impact that certain types of crimes have had on their neighborhood. These letters are a part of the traditional criminal legal system; simply including the community does not make a program restorative. For example, the community may be asking for a harsher sentence for the youth in their letters.

To make the community’s involvement more restorative, instead of writing letters, a facilitator could facilitate circles for the community, which focus on healing or simply expressing the pain they feel about the issue at hand. Within these circles, they could come up with solutions that could support the youth in taking accountability while still remaining within the community. The responsible youth could be diverted into a restorative community conference or family group conference. The community could ask that a few members who spoke in circle be present at the family group conference to support the victim and to support the repair of the harm.

When in doubt as to whether something is restorative, ask, does this process ask the victim how he or she was harmed? Ask whether it engages both the victim and the person who harmed in identifying what needs that harm created. If the answer is no, it is probably more punitive than restorative. And if so, ask the next question….how can this punitive mechanism be transformed into one that restores?