What Interventions Could Address Child and Family Needs?

What Interventions Could Address Child and Family Needs? 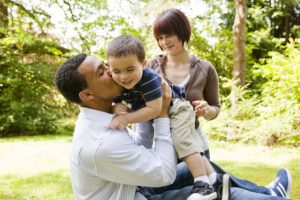 I think we struggle—as a system—with creating effective case plans with families. To be effective, case plans should incorporate action-oriented steps to help families make the changes necessary to ensure their children are safe.

When I was a worker, every family’s case plan looked similar. Usually it requested that the family attend therapy, parenting skills training, and if applicable, substance abuse treatment. One reason for these similar case plans: Completion of services is a measurable action that can be documented for the court. However, I would argue formal services are not always the most effective way to assist families in the change process. Completing a service does not necessarily mean that the concerning behavior has changed. Additionally, at some point, formal services end.

Effective case plans need to build on the strengths of the family and identify the needed change. They need to provide a clear understanding of the concerns, the actions needed, and how change will be measured. It is only fair to the family that they know why we are remaining involved in their lives and what we are asking them to do.

I once had a case of a young mother who tested positive for HIV. Soon after birth, her baby was put on medications as a preventative measure. This mother was homeless, staying on friend’s couches, and moving frequently. However, she consistently got her daughter to doctor’s appointments.

The baby’s grandmother was extremely concerned about her grandchild and called child protective services (CPS) frequently. Her concerns were related to her daughter’s lifestyle and her friends. The baby’s doctor called CPS to express her concerns about the mother based on the mother’s behavior during doctor visits and the type of people who accompanied the mother to those visits.

The case was opened due to concerns for neglect. Many of the concerns were based on mom’s rough presentation style and her choice of friends, neither of which necessarily impacted her ability to care for her child. The combination of the mother’s diagnosis, concerns around the baby’s health because of the mother’s diagnosis, and their lifestyle all seemed to play into the decision to open an ongoing case.

While I had my doubts about our right to intervene, I was equally concerned about the case plan going forward. What behaviors did the system need the mother to change to be comfortable with her ability to care for her child? What could be in a case plan that would allow the mother to know what she needed to do? The concerns were about lifestyle, not safety. The concerns were heightened because of her diagnosis and the potential impact on her daughter’s health. The goals of the case plan were for her to get her daughter to medical visits (which she was doing before we got involved) and provide a safe and stable environment for her child. It was easy to measure whether she took her daughter to the doctor. It was not as easy to describe how she would provide a safe and stable environment. Did this mean she couldn’t stay with friends? Did this mean she needed to change who she was associating with? What was the measure of an acceptable friend?

An assessment to help think through both mom’s strengths and needs would have been helpful. I wonder if this mother truly understood what she needed to do.

Check back next week for a new blog post regarding reunification assessments.

I think we struggle—as a system—with creating effective case plans with families. To be effective, case plans should incorporate action-oriented steps to help families make the changes necessary to ensure their children are safe. When I was a worker, every family’s case plan looked similar. Usually it requested that the family attend therapy, parenting skills…
We use cookies on our website to give you the most relevant experience by remembering your preferences and repeat visits. By clicking “Accept”, you consent to the use of ALL the cookies. However you may visit Cookie Settings to provide a controlled consent.
Cookie settingsACCEPT
Manage consent