What Happens to a Person’s Money After They Leave Prison?

What Happens to a Person’s Money After They Leave Prison? 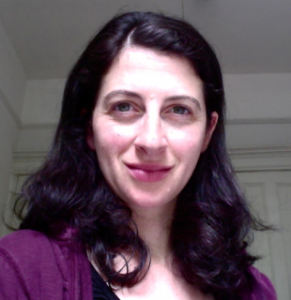 When people ask what I’ve been researching over the past couple of years, I have gotten used to saying this: what happens to a person’s money after they leave prison.

I keep thinking that I should change that word “money” to something more seemly; to speak of opportunities and economics, or use some other purposefully genteel term.


When people ask what I’ve been researching over the past couple of years, I have gotten used to saying this: what happens to a person’s money after they leave prison.

I keep thinking that I should change that word “money” to something more seemly; to speak of opportunities and economics, or use some other purposefully genteel term.

But it would shade what is crippling formerly incarcerated people as they leave prison: lack of money and debt. In many ways, it’s death by a thousand cuts: often there is not one large bill to pay, but rather an accumulation of fees, fines, costs, child support, restitution—all of that combined with returning to society with ruined credit and few employment options.

Last year, at a criminal justice conference, I announced my research goals and was immediately approached by Amy Hirsch, a lawyer from Community Legal Services in Philadelphia. She said: you have to come to Philadelphia.

So last fall, I started to work on a story about a debt collection that was taking place there. In 2010, the city realized that the agency tasked with collecting criminal justice debt had neither accounted for nor collected what was owed. Court officials believed they were owed an estimated $1.5 billion in unpaid bail, fees, and fines, from some 300,000 people dating back to the early 1970s. The debt collection is affecting one in five people, in a city of 1.5 million.

The courts had previously struggled with enforcing their arrests—the number of people failing to appear for their court dates was creating public safety issues, and jumping bail was endemic.

Unlike many other jurisdictions struggling to collect on debts to the courts, Philadelphia added the cost of “bail forfeitures” to the bill. So an individual would be asked to repay the entire amount of his or her bail, ballooning the debts sometimes to $10,000, $20,000, or $80,000 or more.

The court administrators responsible for the collection were clearly flummoxed. Debt collection was not their specialty and what followed the announcement of “Stand Up, Pay Up” was a mess. Some collections were given to private companies, and sometimes people could come to court to essentially negotiate their debt. To be fair, the courts did not have expectations of collecting all that was owed, and they were willing to set up what they deemed reasonable payment plans with people who showed up.

During one of the days I spent reporting, I watched a woman approach the bench during a “payment plan conference.” She and the court administrator engaged in a back and forth focusing on why she had missed a court date in August 1986.

Where was she that day? Why wasn’t she in court?

She was uncertain of what the protocol was in court, and stood up awkwardly to address the administrator. She didn’t answer his questions, but instead explained that she was trying to turn her life around and that the infraction was behind her. The administrator, who seemed equally awkward in his role, reduced the debt she owed, but then coerced her into giving him her mother’s address, so he could pursue a bail forfeiture that had been signed by her mother on her behalf.

It was a depressing scene for all involved.

What is happening in Philadelphia is extreme, both because of the scale of the collection and the attempt at retroactive recoupment. But every day I see the fees and fines people are hit with across the country. And while it might make intuitive sense to have people who commit a crime to pay for it, the reality is that the fees, fines, and costs are not monitored or capped, the debts are not regulated, and they are contributing to a cycle of poverty for the formerly incarcerated and their families.

We have created a criminal justice system we can no longer afford, and asking the formerly incarcerated to subsidize it is a disaster for American families.

Amanda Aronczyk’s “The Cost of Doing Time” won this year’s Media for a Just Society Award in the radio category. Ms. Aronczyk has been a public radio reporter and new media producer for over 15 years, and has worked at Radiolab, Marketplace, Weekend America, and The Next Big Thing. Her reporting has been heard on the BBC World Service, WNYC, Studio 360, and more. She’s also an adjunct faculty member at the CUNY Graduate School of Journalism and a Soros Justice Media Fellow, and is currently working on The Cost of Crime, a multimedia investigation into the financial repercussions of imprisonment.

When people ask what I’ve been researching over the past couple of years, I have gotten used to saying this: what happens to a person’s money after they leave prison. I keep thinking that I should change that word “money” to something more seemly; to speak of opportunities and economics, or use some other purposefully…
We use cookies on our website to give you the most relevant experience by remembering your preferences and repeat visits. By clicking “Accept”, you consent to the use of ALL the cookies. However you may visit Cookie Settings to provide a controlled consent.
Cookie settingsACCEPT
Manage consent