We Are All Criminals

We Are All Criminals

August 21, 2015 | Emily Baxter, Founder and Director of We Are All Criminals 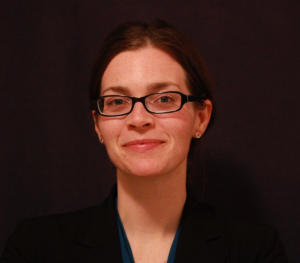 “I was a nice boy and then sometimes I wasn’t,” a man who would steal big things and small recently told me. “There came a point when we were just really bored,” said another whose history includes vandalism, indecent exposure, and controlled substances. “I was particularly adept at breaking and entering—a career I continued till tenth grade,” confided a woman one night. “Once she was in the Porta Potty, a few of us shoved our weight against one side, tipping it over with her in it. It was just a reaction, a response to me being there and her being there,” said a fourth, with a shudder.

Over the last few years, I’ve interviewed people who assaulted and cheated friends, neighbors, and passing strangers; people who stole, drove drunk, urinated in public, broke into homes, and lit buildings aflame; and more than a few who used and sold drugs. Some were proud of their past transgressions, others deeply ashamed; some were mildly amused, others perplexed by their own past behavior. But one thing remained constant: none of the people whom I interviewed had a criminal record.

Participants in We Are All Criminals tell stories of crimes they got away with. They are the 75% of people in the United States who have violated the law, but never been caught. They are doctors, lawyers, legislators, police officers, business owners, students, scholars, and retirees. They didn’t spend a year or month or night in detention, their studies weren’t interrupted, their scholarships weren’t revoked, they weren’t told their histories made them unfit for campus, they’ve never checked the “criminal” box on a job application. They are the employees climbing the corporate ladder without fear of a background check, the nursing students able to complete externships without statutory disqualification, and the twenty-somethings exploring relationships without concern that a Google search will kill chances of a second date. Many committed their offense or offenses before their brains were fully developed, and most are white and from middle or upper-middle class America.

In my work as an assistant public defender, and more recently as director of public policy at a criminal justice nonprofit, I have advocated on behalf of countless people (primarily poor people, people of color, and American Indians) who engaged in very similar behavior to those above, but with one important difference: all were caught.

We Are All Criminals seeks to challenge society’s perception of what it means to be a criminal and how much weight a record should be given, when we’ve all broken the law. But it is also a commentary on the disparate impact of our nation’s policies, policing, and prosecution: many of the project’s participants benefited from belonging to a class and race that is not overrepresented in the criminal justice system.

Some participants have been very aware of that privilege:

It wasn’t just the color of my skin—it was the neighborhood too. If I’d grown up in downtown, I’d have been in and out of juvie. There was only one cop car for the whole neighborhood. We never got caught, and we were never worried about getting caught.

These are not isolated incidents of privilege: not acquiring a juvenile or criminal record can benefit a person for decades to come. Meanwhile, permanent and public records perpetuate inequities, precluding millions of people from countless opportunities to move on and move up. We Are All Criminals questions the wisdom and fairness in those policies.

To those without records: truly consider what you’ve had the luxury to forget. Acknowledge the context you’ve allowed yourself (I was young, drunk, stupid, I gave it back, no one got hurt, it wasn’t my idea) and recognize that the same situation may have existed for someone who was caught. Realize the privilege you’ve benefited from, and consider the foreclosed futures of all of those who carry the burden of a criminal or juvenile record.

Understand that this isn’t just about background checks. This is about how we view others by how we view ourselves. Or, in the words of one participant:

We did it for the moment, for the thrill. But I never thought I’m a bad guy… Thankfully, I wasn’t caught and I didn’t consider myself bad—nor did others.

Experimenting with delinquency is normal—and so is giving it up. How many kids get a police record, or a longer record, for the same or even fewer criminal acts my friends and I did?

I have that story. Everybody has that story. If you find someone who claims they’ve never committed a crime, either they’re lying, they have a poor memory, or they’re very abnormal.

So, what’s your story?

Emily Baxter is the founder and director of We Are All Criminals and a Fellow at the University of Minnesota Law School’s Robina Institute of Criminal Law and Criminal Justice. Prior to this, Emily served as the director of advocacy and public policy at the Council on Crime and Justice in Minneapolis, Minnesota, and as an assistant public defender representing indigent members of the Leech Lake and White Earth Bands of Ojibwe charged with crimes in Minnesota State court. Emily is a former Archibald Bush Fellow. Her project, We Are All Criminals, which challenges society’s perception of “clean” vs. “criminal,” can be found at www.weareallcriminals.org.

“I was a nice boy and then sometimes I wasn’t,” a man who would steal big things and small recently told me. “There came a point when we were just really bored,” said another whose history includes vandalism, indecent exposure, and controlled substances. “I was particularly adept at breaking and entering—a career I continued till tenth grade,”…
We use cookies on our website to give you the most relevant experience by remembering your preferences and repeat visits. By clicking “Accept”, you consent to the use of ALL the cookies. However you may visit Cookie Settings to provide a controlled consent.
Cookie settingsACCEPT
Manage consent