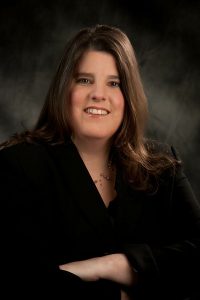 Recent neuroscientific research on how children’s brains develop has taught us that young people’s brains do not fully make the transition to adulthood until individuals reach their early to mid-20s. This knowledge is directly relevant for the juvenile justice field, which is using this research to shape the way it interacts with and treats young people who commit offenses.

Recent neuroscientific research on how children’s brains develop has taught us that young people’s brains do not fully make the transition to adulthood until individuals reach their early to mid-20s. This knowledge is directly relevant for the juvenile justice field, which is using this research to shape the way it interacts with and treats young people who commit offenses.

Importantly, the majority of youth in the juvenile justice system have been exposed to violence, which can further impact their brain development and emotional maturation. The Attorney General’s Defending Childhood Task Force’s report observes that “children exposed to violence, who desperately need help, often end up alienated. Instead of responding in ways that repair the damage done to them by trauma and violence, the frequent response of communities, caregivers, and peers is to reject and ostracize these children, pushing them further into negative behaviors. Often the children become isolated from and lost to their families, schools, and neighborhoods and end up in multiple unsuccessful out-of-home placements and, ultimately, in correctional institutions.”

Today’s guest blogger, Liz Ryan, is the president and chief executive officer of the Campaign for Youth Justice (CFYJ). CFYJ is dedicated to ending the practice of trying, sentencing, and incarcerating youth under the age of 18 in the adult criminal justice system.

The US Attorney General’s Defending Childhood Task Force is to be commended for undertaking an exhaustive year-long examination of best practices and approaches to reducing children’s exposure to violence. Among the extensive set of recommendations, the task force report includes a chapter on reducing children’s exposure to violence in the justice system with a recommendation to abandon policies that prosecute, incarcerate, or sentence youth under age 18 in adult criminal court.

According to the task force’s report, “We should stop treating juvenile offenders as if they were adults, prosecuting them in adult courts, incarcerating them as adults, and sentencing them to harsh punishments that ignore their capacity to grow.” This recommendation impacts an estimated 250,000 youth under the age of 18 who are prosecuted in the adult criminal justice system and the nearly 100,000 youth who are cycled through adult jails and prisons each year.

Through extensive public hearings, the task force heard from directly affected youth and their families about the violence to which children are exposed in the justice system. At the task force’s first hearing in Baltimore, Maryland, on November 29, 2011, Jabriera Handy testified about her experience in the adult criminal justice system. A youth advocate and recipient of the Coalition for Juvenile Justice’s prestigious Spirit of Youth Award in 2012, Jabriera said this: “Words can’t explain what I went through in the adult system … To get to school we had to walk through a tunnel that went through the adult men’s prison. One day the facility went on lockdown. We were told to turn our backs and close our eyes. But in jail you learn to never turn your back or close your eyes. That day, we saw a man get stabbed to death.” In concluding her testimony, Jabriera stated, “I urge the task force to recommend that the nation’s governors and state lawmakers end the practice of trying, sentencing, and incarcerating youth in the adult criminal justice system to reduce recidivism and children’s exposure to violence.”

The task force’s recommendation reflects the policies of all the major professional associations representing juvenile and adult criminal justice system stakeholders—the American Correctional Association, the American Jail Association, the Council of Juvenile Correctional Administrators, the National Partnership for Juvenile Services, the National Association of Counties, etc.—that highlight the harm youth are subjected to in the adult criminal justice system.

According to research by the Bureau of Justice Statistics, 21% and 13% of all substantiated victims of inmate-on-inmate sexual violence in jails in 2005 and 2006 respectively were youth under the age of 18. Studies across the nation have consistently concluded that juvenile transfer laws are ineffective at deterring crime and reducing recidivism. The US Department of Justice’s Office of Juvenile Justice and Delinquency Prevention and the federal Centers for Disease Control and Prevention have sponsored research highlighting the ineffectiveness of juvenile transfer laws at providing a deterrent for juvenile delinquency and decreasing recidivism.

Additionally, the task force’s recommendation is consistent with the latest state law reforms, according to an August 2012 report, “Trends in Juvenile Justice State Legislation 2001–2011.” Released by the National Conference of State Legislatures, the report shows that numerous states have undertaken policy reforms in the last decade to remove youth from the adult criminal justice system and from adult jails and prisons.

As the Attorney General considers the task force’s report, we and other juvenile justice organizations look forward to working with him to ensure that this and other recommendations, especially as they impact youth in the justice system, are fully implemented.

Liz Ryan brings more than two decades of experience to the Campaign for Youth Justice (CFYJ), an organization she founded that is dedicated to ending the practice of trying, sentencing, and incarcerating children in the adult criminal justice system. In her capacity at CFYJ, Liz is responsible for overall strategy, management and fundraising. Liz currently serves on the steering committee of the National Juvenile Justice & Delinquency Prevention Coalition. Prior to starting The Campaign for Youth Justice, Liz served for five years as the Advocacy Director for the Youth Law Center’s Building Blocks for Youth Initiative, a project to reduce the over-incarceration and disparate treatment of children of color in the juvenile justice system. Liz previously served as Deputy Chief of Staff and Legislative Director to US Senator Thomas R. Carper during his terms as Delaware’s Governor and member of the US House of Representatives. She also served as a lobbyist for the Children’s Defense Fund.

Recent neuroscientific research on how children’s brains develop has taught us that young people’s brains do not fully make the transition to adulthood until individuals reach their early to mid-20s. This knowledge is directly relevant for the juvenile justice field, which is using this research to shape the way it interacts with and treats young…
We use cookies on our website to give you the most relevant experience by remembering your preferences and repeat visits. By clicking “Accept”, you consent to the use of ALL the cookies. However you may visit Cookie Settings to provide a controlled consent.
Cookie settingsACCEPT
Manage consent