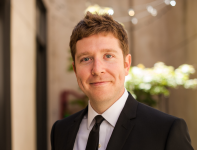 I went to law school with a clear vision of how the legal system worked and how I would fight injustice. It was conjured up from John Grisham novels and Law and Order episodes and films I’d watched as a kid. I saw myself in the courtroom, standing tall against abuse like Atticus Finch. I knew my villains: racist cops, corrupt judges, and self-aggrandizing prosecutors. My sword and shield would be the law itself. Having memorized all the rules, I’d use my knowledge to free the innocent, fight for truth, and expose dishonesty.

In most of my first-year classes, the accuracy of this vision was reinforced. Of course legal doctrine determined outcomes, so naturally a law student’s time ought to be spent trying to master the intricacies of our codes and procedures. Of course the lingering problems that we faced arose from the deliberate actions of bad people. To make progress, you just had to fish these rotten apples out of the barrel.

We all nodded along, but inside I began to have doubts. Many of the worst examples of unfairness in our system appeared to be brought about by people with the best of intentions. And often what seemed to decide a case wasn’t the black-letter law, but the particular identities of the legal decision makers, who didn’t conduct themselves like rational actors at all.

Delving into the psychological literature, I started to appreciate just how much of our legal system was built on incorrect assumptions about human behavior. And that seemed to be at the very core of our institutional dysfunction. If you didn’t actually understand why people committed offenses, how could you expect your crime-reduction policies to work? If you didn’t know the true indicators of deceit, how could you train detectives to interrogate suspects effectively?

The key to achieving justice, it seemed to me, was to eradicate these damaging myths and construct a more accurate model of our legal participants. I suddenly had a new and different vision of my future: I’d become a professor and change how people thought about the law.

Landing my first academic job, I knew I wanted to become more actively involved in running experiments to test conventional wisdom. Up until then, I’d been applying existing research findings to legal contexts. What if I could actually shape the questions that were being asked? I began to work with psychologists on several projects designed to uncover unappreciated forces operating in our criminal justice system. And the more I learned, the more convinced I became that the truth could not be confined to a narrow band of professors.

Pre-tenure, it was a risky move setting out to write a book for the general public, but I desperately wanted to engage those who were actually working in the justice system and those who could act as catalysts for change. I wasn’t going to accomplish what I wanted just by writing journal articles and speaking at academic conferences. That said, I was committed to maintaining the same rigor I brought to all of my work. Rather than relying on interviews of experts, I stayed up late reading every paper myself. Rather than acquiescing to a set of short source citations, I pressed the publisher to allow me to construct 300 pages of detailed online endnotes so that anyone could access the book’s underlying source material.

The result is Unfair: The New Science of Criminal Injustice, in which I show how our entire criminal justice process, from investigation to adjudication to corrections, is plagued by pervasive biases. In each chapter, I take a different core character—the judge, the witness, the detective, the prisoner—and contrast the common account of how this person makes decisions and where things can go wrong with what the latest evidence from psychology and neuroscience has to say.

The conclusions are sobering: eyewitnesses frequently misremember, false confessions are real, harsh sentences are poor deterrents, all judges are “activists.” But I have always meant for the book to prompt action, not despair. There is a path forward: embracing evidence-based justice. If we commit ourselves to collecting data, running experiments, and developing empirically grounded best practices, we can ensure that our legal system works the way it is meant to. That’s why I’ve spent much of my time over the last year doing media appearances and traveling around the country to speak with groups of judges, prosecutors, defense attorneys, and others.

Today, people seem to appreciate the unfairness around them in a way I could not have predicted when I started this project. But acknowledging the truth is only part of the equation. As I write in the book, the arc of history does not bend toward justice unless we bend it.

Media for a Just Society Award finalist Adam Benforado is an associate professor of law at Drexel University and the bestselling author of Unfair: The New Science of Criminal Injustice. A graduate of Yale University and Harvard Law School, he has served as a clerk for Judge Judith Rogers on the US Court of Appeals for the District of Columbia Circuit and as an attorney at Jenner & Block in Washington, DC. He has published numerous academic articles and his popular writing has appeared in the New York Times, the Washington Post, American Scholar, and the Boston Review.

I went to law school with a clear vision of how the legal system worked and how I would fight injustice. It was conjured up from John Grisham novels and Law and Order episodes and films I’d watched as a kid. I saw myself in the courtroom, standing tall against abuse like Atticus Finch. I knew my…
We use cookies on our website to give you the most relevant experience by remembering your preferences and repeat visits. By clicking “Accept”, you consent to the use of ALL the cookies. However you may visit Cookie Settings to provide a controlled consent.
Cookie settingsACCEPT
Manage consent