Undoing Our Distorted Democracy: Weighing in on American Justice Policy in the 2016 Election and Beyond

Undoing Our Distorted Democracy: Weighing in on American Justice Policy in the 2016 Election and Beyond 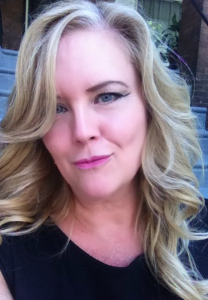 Heather Ann Thompson is a 2014 Media for a Just Society Awards finalist for her piece titled “How Prisons Change the Balance of Power in America.”

Heather Ann Thompson is a 2014 Media for a Just Society Awards finalist for her piece titled “How Prisons Change the Balance of Power in America.”

Barely more than a year from now, the citizens of the United States will pick a new president and, within a year after that, we will begin to see what it has meant for our nation’s criminal justice system that this particular candidate won. As this graph makes clear, certain administrations were more wedded to punitive justice policy than others, and thus, who holds political power matters to the justice policies that currently govern us.

To read the news lately, one might assume that the tide has already turned vis-à-vis our nation’s justice policies. After all, US Attorney General Eric Holder has just called for an end to our unprecedentedly severe mandatory minimum sentences, and the president himself has not only supported this call, but has already narrowed the notorious gap between the sentences meted out for crack and powder possession.

However, lest we think that criminal justice reform is now inevitable, we should take a close look at what some other elected and appointed officials have been doing in this area. While it is true that President Obama’s nominees to the Supreme Court may well have made the landmark Miller v. Alabama case possible—the decision that said sentencing a juvenile to a life sentence without the possibility of parole constitutes cruel and unusual punishment—it is also true that politicians in myriad states have been working tirelessly since that ruling to keep this penalty on the books, and certain states, such as Minnesota, have decided not to make this progressive decision retroactive, thus ensuring that generations of children will remain locked up forever.

That the future of criminal justice reform is uncertain has never been made clearer than when states such as Colorado suddenly legalized marijuana while others such as Maryland decided to decriminalize it. Sounds like reform, right? And yet, in these states and all others, many thousands of Americans are still serving lengthy sentences for possession or distribution of this same drug—particularly and disproportionately citizens of color.

And, so, the 2016 presidential election looms large for those of interested in justice policy in this country. Our next president will either finally face up to the extraordinary fallout that has resulted from this nation having become the world’s leading incarcerator and try to remedy it, or this new leader will ignore this festering crisis and, perhaps, even to contribute to it.

Here is the thing, though. Many of the very citizens who have been most negatively affected by our nation’s embrace of everything from a major drug war to mandatory minimums to stop and frisk to mass incarceration will not be able to weigh in on the future of American justice policy in November 2016. These very people not only have been barred from the ballot box but, as crucially, even if they could vote, their ballots would have far less weight than those who actually benefit from a more massive and more punitive criminal justice system, thanks to something called prison gerrymandering.

Americans may well think it obvious that in all but two states, those serving a sentence in prison would not be eligible to weigh in at the ballot box—assuming that there is some inherent relationship, for example, between stealing a car and not being able to choose who will represent them on matters ranging from where their kids go to school to how much money they might make at a minimum wage job. Notably, though, those serving time in at least 18 European countries can vote and, what is more, when Britain recently sought to follow the United States’ lead and opt to prevent prisoner access to the franchise, the European Court of Human Rights ruled that it “was in breach of the European Convention on Human Rights.”

Even if we do not think that those who are locked up should vote, what are our feelings about folks who have already paid their debt to society? Given that 65 million Americans now have a criminal record, this is by no means a frivolous question. Indeed, even though a majority of Americans actually oppose felon disenfranchisement, as research by the Sentencing Project makes clear, the number of people who cannot vote in America as a result of a criminal conviction is at a staggering high. By 2011, 5,852,180 of our nation’s citizenry could not vote, and a full 2,231,022 of those were African American. Of Florida’s black population, 23.3% has been prevented from voting, as is 15% of Alabama’s African American citizenry. Does this matter? According to political scientists, it matters mightily. Indeed, research shows, felon disfranchisement has directly impacted scores of elections since 1972. Just ask Al Gore.

Prison gerrymandering muddies these waters even more. Even if Americans were fully okay with keeping law breakers away from the polls, are we also okay with the fact that because the census counts prisoners where they are incarcerated and not where they actually live, the votes of certain Americans count more than others simply because those Americans have a prison in their district? Indeed, even if we are lukewarm on the idea of true universal suffrage in the United States, how do we feel about the fact that some Americans have more “say” in a given election than others simply because they can count prisoner bodies as their own community’s population? Are we content with a state of affairs in which those who support more punitive and expensive criminal justice policies have more power at the ballot box than those more likely to seek to make that same system more humane and less expensive?

So far, Americans in virtually every state save four—Maryland, New York, Delaware, and California—have not yet solved this glaring distortion of our democracy. And thus, in Pennsylvania, for example, a full eight state house districts meet minimum population requirements only by counting prisoner bodies—prisoners who themselves are banned from voting—as “population.” Indeed, according to the research by the Prison Policy Initiative, by 2004 there were at 21 US counties “where at least 21% of the population reported in the Census was incarcerated,” and, notably, “Ten of these counties were in Texas”—a state with a staggering investment in the politics of punishment.

Between now and 2016, Americans have a lot of work to do if we want to have a true democracy in which the people—all of them—really get to weigh in on the next president to decide our nation’s most important policy matters. Not only must we remain vigilant when it comes to attempts to disenfranchise our citizenry through new voter ID laws, but we also must start thinking more critically than we yet have about our long history of felon disfranchisement and really start reckoning with the perils of prison gerrymandering. The good news is that the work has already begun. Now we must simply run with Attorney General Holder’s recent call to repeal disfranchisement laws, as well as insist that all states follow Maryland and New York’s lead to end prison gerrymandering. Anything short of this will leave our democracy wanting. Full stop.

Heather Ann Thompson is a professor of history in the departments of African American Studies and History at Temple University. She writes regularly on the history and current policy implications of mass incarceration and wrote a piece titled “How Prisons Changed the Balance of Power in America” in the Atlantic Monthly that recently was named as a finalist for a 2014 Media for a Just Society Award. She is also currently completing the first comprehensive history of the Attica Prison Uprising of 1971 and its legacy for Pantheon Books.