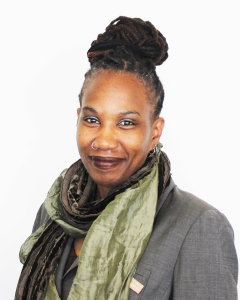 This month marks the 20th anniversary of the first federal sex offender registration law. The Jacob Wetterling Crimes Against Children and Sexually Violent Offender Registration Act (the “Wetterling Act”) was enacted as part of the Violent Crime Control and Law Enforcement Act of 1994 (the “Crime Bill”) and signed into law by President Clinton on September 13, 1994.

This month marks the 20th anniversary of the first federal sex offender registration law. The Jacob Wetterling Crimes Against Children and Sexually Violent Offender Registration Act (the “Wetterling Act”) was enacted as part of the Violent Crime Control and Law Enforcement Act of 1994 (the “Crime Bill”) and signed into law by President Clinton on September 13, 1994.

The Wetterling Act was named in honor of 11-year-old Jacob Wetterling, who was abducted in 1989 while riding bikes with his brother and a friend in St. Joseph, Minnesota. No sign of Jacob or his abductor has ever been found, despite the intense involvement of local authorities, the FBI, hundreds of volunteer searchers, and thousands of leads.

Shortly after Jacob’s disappearance, Jacob’s family, led by his mother, Patty Wetterling, made it their lifelong mission to protect children from sexual exploitation and abduction through prevention education, victims’ assistance, and legislation aimed at sex offenders. The family successfully lobbied Congress to pass the Wetterling Act, requiring each state to maintain a registry of adults convicted of sex offenses and their whereabouts once they are released from prison. In its original form, the sex offender registry was to serve as a tool for law enforcement to narrow down potential suspects when a child went missing.

Since then, Congress has passed several related bills, each one more severe than the last. Most notably, Megan’s Law was enacted in 1996, requiring each state to place sex offender registry data, such as a registrant’s photo, name, and home address, on a public website. Then Title I of the Adam Walsh Child Protection and Safety Act of 2006 established a “comprehensive, national sex offender registration system” called the Sex Offender Registration and Notification Act (SORNA). SORNA is intended to “close potential gaps and loopholes that existed under prior laws.” For example, instead of leaving it up to the discretion of states to register youth, SORNA mandates that all states, federally funded tribes, and US territories enact laws that subject certain children to the same sex offender registration and notification as adults. In other words, for the first time in history, under SORNA a child adjudicated in family court can be treated and punished the same as adults convicted in criminal court.

The original purpose of these laws was to provide law enforcement with tools to protect children. However, over time, sex offender registration laws have grown increasingly punitive, more costly, and expansive in their scope—to such an extent that their effectiveness is being seriously questioned by law enforcement and lawmakers.

Today, Patty Wetterling is a leading US advocate of children’s safety who has remained true to the mission that she set out to achieve in 1989, when her son disappeared; that is, to protect children. She has even gone so far as to question the wisdom of including children in sex offender registration laws. In a 2008 interview, Patty proclaimed, “I don’t believe in registering juveniles. I don’t see any, not one, redeeming quality in doing that. The goal is to interrupt behavior if you’ve done something wrong, get them some help so they can live a normal, healthy, wonderful life. Registering juveniles takes away everything that would allow them a normal, healthy happy life. It takes away any stability and sense of support. Registering juveniles is ludicrous and wrong always.”

Remarkably, despite the existence of sex offender registration laws for two decades, little has been done to answer the question of whether registration is an appropriate response to child sexual behavior or these laws are doing more harm than good.

In an effort to protect children from sexual harm and hold sex offenders accountable, lawmakers failed to consider that some of the sex offenders they were subjecting to registration were themselves children, in need of policy responses tailored to their specific needs and circumstances. Children who do sexual harm often have the same vulnerabilities and are in the same need of protection as the child victims whom the proponents of these policies aim to protect.

In 16 months of research for a Human Rights Watch investigation, I found very little evidence to support the premise that sex offender registration laws, as applied to children, effectively protect the public. But I found overwhelming evidence that they cause further severe harm to children and families exposed to sexual harm. Raised on the Registry: The Irreparable Harm of Placing Children on Sex Offender Registries in the US tells the stories of hundreds of youth as young as 8, but more commonly ages 10 to 14, who after serving their time in juvenile prison must register as sex offenders and comply with a complex array of legal requirements that permeate nearly every aspect of their lives and can apply for decades or even a lifetime. A significant number of persons interviewed for the report began registering for offenses committed when they were in elementary school, and most are now in their early 30s.

As registrants, youth must report to law enforcement everywhere they live, work, or go to school with detailed personal information, usually a current photograph, address, school attendance, place of employment, and other biographical details; and they have to periodically update that information so it stays current. In many states, law enforcement make youth registrants’ personal information and photographs accessible to the public or portions of the public, generally online.

Sex offender registration and notification laws can stigmatize children, directly impede rehabilitation efforts, and make it nearly impossible to enjoy basic rights. Child registrants also are often prohibited from living—or even spending time—in places where children typically gather, like schools, playgrounds, daycare centers, and even bus stops. Children on sex offender registries are restricted in where they may live, and with whom, which often leads to separation from their families. They often become targets of vigilante violence. And if they fail to keep their information up to date—which many do—they can wind up back in jail.

The report argues that registration, community notification, and residency restrictions violate the most basic rights of youth sex offenders and are essentially a form of additional punishment. It is important to stress that the report does not suggest that youth who cause sexual harm should not be held accountable, but that punishment should fit both the offense and the offender. Subjecting children who commit sexual harm to the lifelong consequences of registration and notification restriction can adversely affect responsible youth, their families, and the community—and cause more harm than good.

The evidence is clear: the United States is failing the most basic test that measures a society by the way it treats its children. Sex offender registration laws cause irreparable harm to youth for life and do little to protect public safety. Unless or until evidence-based research shows that sex offender registration schemes or other means of monitoring youth sex offenders have real benefits for public safety, persons convicted of sex offenses committed as children should not be subject to registration, community notification, or residency restriction requirements.

Nicole Pittman is the leading national expert on the application of sex offender registration and notification laws to children. Nicole was awarded a three-year Stoneleigh Fellowship at NCCD to continue her groundbreaking work to improve responses to child sexual offending behavior.  In 2011, she wrote a reference guide on sex offender laws applied to children titled “A Snapshot of Juvenile Sex Offender Registration and Notification Laws: A Survey of the United States.” The 2013 Human Rights Watch report “Raised on the Registry,” based on Nicole’s findings, is the most comprehensive examination of registry laws’ impact on juvenile sex offenders. Nicole is a graduate of Tulane Law School and Duke University.

This month marks the 20th anniversary of the first federal sex offender registration law. The Jacob Wetterling Crimes Against Children and Sexually Violent Offender Registration Act (the “Wetterling Act”) was enacted as part of the Violent Crime Control and Law Enforcement Act of 1994 (the “Crime Bill”) and signed into law by President Clinton on…
We use cookies on our website to give you the most relevant experience by remembering your preferences and repeat visits. By clicking “Accept”, you consent to the use of ALL the cookies. However you may visit Cookie Settings to provide a controlled consent.
Cookie settingsACCEPT
Manage consent