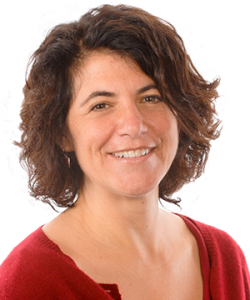 About a year ago, one of my coworkers interviewed a girl named Erica, a 16-year-old Black girl living in Oakland, California. After being arrested for solicitation and entering the juvenile justice system for the first time, Erica was sentenced to 12 months at an Arizona camp for commercially sexually exploited (CSE) girls. She recently returned home and is living with her aunt.

About a year ago, one of my coworkers interviewed a girl named Erica, a 16-year-old Black girl living in Oakland, California. After being arrested for solicitation and entering the juvenile justice system for the first time, Erica was sentenced to 12 months at an Arizona camp for commercially sexually exploited (CSE) girls. She recently returned home and is living with her aunt.

Most juvenile justice advocates—particularly girls’ advocates—would question why Erica was sent to an out-of-home placement the first time she was seen by the court. Sending her away from home disrupted her progress in school and opportunities to develop positive relationships in her community. Advocates also would question why she was sent so far from home when she could have been supervised in the community and referred to local services that could address the particular issues that drove Erica into sexual exploitation, such as family conflict, drug and alcohol use, or a history of sexual or physical abuse.

In recent years, efforts to shift youth from secure facilities and out-of-home placements have reduced incarceration by 41% across the country for both girls and boys. But the lens through which we view this change still needs to be expanded. New NCCD research findings from a sample of 1,400 girls in juvenile jurisdictions around the country show that 40% of girls in the juvenile justice system are lesbian, bisexual, transgender, questioning, or gender-nonconforming (LBTQ/GNC), and 86% of girls in the system are of color.[i] The high rates at which LGBTQ youth and youth of color are present in our system demand specific, needs-based services that adequately serve these youth and improve outcomes.

GNC girls—those who wear their hair or dress in ways that do not conform to the expectations of their birth sex, and/or choose names that do not conform to those expectations—are at heightened risk of entering the juvenile justice system after being in the child welfare system. While 14% of gender-conforming girls in the juvenile justice system were previously removed from their homes by social workers, 40% of GNC girls were previously removed. While 6% of gender-conforming girls in the juvenile justice system were placed in group homes because someone was hurting them, 24% of GNC girls had this experience. These numbers suggest that GNC girls are at higher risk of severe abuse and neglect—less severe cases are not removed from their homes—and that they have fewer extended family members who will take them in than other girls. Otherwise, these GNC girls would be placed in kin care.

LBQ girls experience additional risk factors as well. For example, 23% of girls in the juvenile justice system are LBQ and gender-conforming. Despite the fact that these girls blend in with their straight peers, they are at higher risk of suspensions, expulsions, running away from home, and committing survival crimes like prostitution.

Take Erica as an example. Everyone who worked with Erica—the district attorney, probation officers, community-based services, as well as her extended family—assumed she is straight. This is not surprising, as most lesbian and bisexual girls wear hairstyles and take names that match their birth sex. In actuality, she is a lesbian. She ran away from home after fighting with her mother, became homeless, and resorted to prostitution prior to being arrested.

Unless law enforcement and juvenile justice agencies begin to ask youth about their sexual orientation, gender identity, and expression (SOGIE), crucial details about a young person’s life experience will slip through the cracks—details that are important to know in order to provide effective and appropriate services. If SOGIE is not taken into account when working with youth involved in our juvenile justice system, adult advocates will not be able to adequately serve their clients, and these girls will languish in the juvenile justice system rather than transitioning out in a timely manner.

About a year ago, one of my coworkers interviewed a girl named Erica, a 16-year-old Black girl living in Oakland, California. After being arrested for solicitation and entering the juvenile justice system for the first time, Erica was sentenced to 12 months at an Arizona camp for commercially sexually exploited (CSE) girls. She recently returned…
We use cookies on our website to give you the most relevant experience by remembering your preferences and repeat visits. By clicking “Accept”, you consent to the use of ALL the cookies. However you may visit Cookie Settings to provide a controlled consent.
Cookie settingsACCEPT
Manage consent