“Those Kinds of Kids”: Meeting the Needs of LGBTQ Youth of Color Charged With Status Offenses

“Those Kinds of Kids”: Meeting the Needs of LGBTQ Youth of Color Charged With Status Offenses 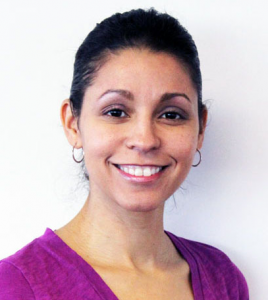 Bernadette Brown is a senior program specialist at NCCD and the project manager for Improving Permanency for LGBT Youth. Bernadette received her Bachelor of Arts degree in anthropology from Columbia University, where she was a two-time Robert A. Quittmeyer Scholar and a member of the Dean’s List. She received her JD from Boston University, where she was an Edward F. Hennessey Scholar.

Bernadette Brown is a senior program specialist at NCCD and the project manager for Improving Permanency for LGBT Youth. Bernadette received her Bachelor of Arts degree in anthropology from Columbia University, where she was a two-time Robert A. Quittmeyer Scholar and a member of the Dean’s List. She received her JD from Boston University, where she was an Edward F. Hennessey Scholar.

This op-ed was originally published online at the Juvenile Justice Information Exchange, a publication covering juvenile justice nationally on a consistent, daily basis. It was also published in Youth Today, an independent, online newspaper reporting on juvenile justice and related issues, and at the Coalition for Juvenile Justice, a nationwide coalition of State Advisory Groups and allies dedicated to preventing children and youth from becoming involved in the courts

Jay is a 16-year-old black lesbian. [Editor’s Note: “Jay” is based on a composite of real stories of LGBTQ youth garnered during the author’s research interviews.] She was suspended for aggressive behavior when she stood up to defend herself against another student who harassed her because of her haircut and the baggy jeans she likes to wear. At home, Jay’s dad complains about her “looking like a boy.” Soon after, Jay begins skipping school because she is tired of being harassed by fellow students, and is arrested for truancy.

The school arranges for a social worker to visit Jay’s home. The social worker determines that Jay’s dad is homophobic because he says things like “I have a daughter, not a son.” Feeling dejected, Jay goes to the local LGBTQ community center to look for support to cope with her dad’s attitude and the school harassment. She finds herself surrounded by mostly white kids and staff. The center has no programs specifically for youth of color. When Jay mentions that she was arrested, a white staffer responds, “Oh, we don’t deal with those kinds of kids.”

Because of her arrest, Jay is put on probation. She tells her probation officer (PO) about a friend who has an adult mentor who helps her “deal with being black and gay.” Jay wants to meet the mentor, but her PO questions her hanging out with a gay adult and wants to know why this person wants to mentor her.

The irony is, Jay’s situation isn’t uncommon: LGBTQ young people are twice as likely to be detained for status offenses as straight youth. Sadly, the lack of culturally relevant services and possible racial discrimination, combined with her father’s lack of understanding and the PO’s lack of support, all pose hindrances to Jay’s healthy development and success.

The Coalition for Juvenile Justice’s (CJJ) “National Standards for the Care of Youth Charged with Status Offenses,” issued in December 2013, creates a roadmap to improve the lives of LGBTQ (lesbian, gay, bisexual, transgender, questioning) youth like Jay. Here are some of the report’s recommendations for how service providers can work together and with LGBTQ young people to improve young people’s lives.

Humans are integrated wholes, not disaggregated data points. The majority of LGBTQ youth in detention are youth of color; thus, both race and sexual orientation, gender identity, and/or gender expression (collectively known as “SOGIE”) influence what support these young people need and how service providers treat them. It’s important for service providers to acknowledge all of a young person’s identities to be able to give effective support.

The Standards recommend that all services be “culturally competent and sensitive to gender, race, and LGBTQ issues.” While homophobia in communities of color receives media attention, racism in the LGBTQ community rarely does, though its existence is well documented, including in the Black, Latino and Asian and Pacific Islander communities. If LGBTQ programs are ill-equipped to serve youth of color, this increases the chances that these young people will not receive needed support. Without support, past trauma from system involvement or other causes may go unaddressed or even continue to accumulate.

Juvenile justice stakeholders must also move past the stereotype that communities of color are profoundly homophobic (see Juan Battle’s “Sexuality Social Justice Project” for research to the contrary) and ask youth of color organizations if they have, or are willing to include, programming for LGBTQ youth. By addressing the intersection of young people’s identities, service providers are better positioned to help them succeed.

The Standards emphasize that “families should be treated as potential allies in supporting LGBTQ youth.” Just as social workers address factors like parental substance abuse when working with families, they should also address factors like a parent’s homophobia, which can have a significant adverse impact on the child and family. Research demonstrates that when parents become even a little more supportive, it can have a beneficial impact on the child. If Jay’s dad refuses to attend LGBTQ programs with Jay, but he stops haranguing her about her gender expression, that is progress.

The Standards “encourage youth relationships with adults other than parents who can serve as positive role models and advisors.” Yet many LGBTQ youth do not have access to LGBTQ role models because of discriminatory attitudes of some juvenile justice stakeholders, exemplified by Jay’s PO. Given that LGBTQ youth often experience mistreatment related to their SOGIE by adults who are supposed to care for them, it is critical that juvenile justice stakeholders work to facilitate these mentee-mentor relationships, not impede them.

When juvenile justice stakeholders prioritize advancing their practice around these issues, Jay and other children like her are afforded the same chances for success as all of their peers. For more information, visit the CJJ Standards’ website.

Bernadette Brown is a senior program specialist at NCCD and the project manager for Improving Permanency for LGBT Youth. Bernadette received her Bachelor of Arts degree in anthropology from Columbia University, where she was a two-time Robert A. Quittmeyer Scholar and a member of the Dean’s List. She received her JD from Boston University, where…
We use cookies on our website to give you the most relevant experience by remembering your preferences and repeat visits. By clicking “Accept”, you consent to the use of ALL the cookies. However you may visit Cookie Settings to provide a controlled consent.
Cookie settingsACCEPT
Manage consent