The True End of Mass Incarceration

The True End of Mass Incarceration 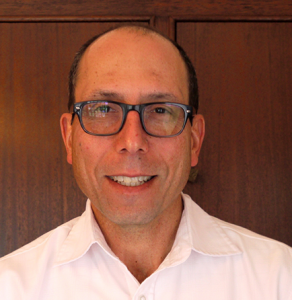 The BlackLivesMatter movement has helped focus national attention on the large (and shockingly uncounted) number of African American men and women killed by police officers annually, killings which are almost invariably found “justifiable.” The social media attention to killings of five Blacks in different cities who were unarmed at the time of their deaths put a human face on the rarely chronicled victims of state violence and showed the targeting of Blacks to be a national problem. The clear lack of respect for the human dignity of the victims and their communities shown by police officers in each these incidents shocked the nation and galvanized thousands of young activists across the country. They are changing history.

But if the goal is to make sure that Black lives matter, ending mass incarceration must remain at the center of our vision for legal reconstruction. Incarcerating people matters hugely because of the long-term consequences of incarceration on the employment prospects, social ties, and chronic illness morbidity faced by former prisoners. It matters to communities, where high levels of incarceration are associated with poorer health and worse public safety on a neighborhood level. If, as Ruth Gilmore has argued, racism is about the unequal distribution of premature death, mass incarceration is the most important form of institutional racism in the United States.

In the four years since the Supreme Court condemned California’s horrendously overcrowded prisons in Brown v. Plata as unacceptable in a “civilized society,” the nation’s political leaders have done something of a U-turn on decades of embracing more prison for more people. President Obama and former Attorney General Holder began to review clemency for federal prisoners serving long sentences for non-violent drug crimes and recently announced more federal funding to help returning citizens. Some states have modified harsh drug laws by legislative amendment, and some governors are increasing parole of aging inmates with long track records of good behavior in prison.

All of this is a huge shift from the political climate of criminal justice policy in the 1970s when mass incarceration policies became a political consensus in California and other states (see Mass Incarceration on Trial). The culture of fear I described in Governing Through Crime is weakening, aided by the long-term reduction in crime since the highs of the late 1980s and early 1990s. Congress and some state legislatures are considering potentially sweeping changes in sentences.

All of this is good news, but the bad news is that most of mass incarceration remains in place, and as long as it does, it will be difficult to truly make Black lives matter. Mass incarceration helps anchor in place a whole criminal process that endangers Black lives. Over the last four decades a host of national campaigns against crime has transformed the criminal process from arrest through conviction into an assembly line devoted to producing prison sentences.

For many, the war on drugs is the core of mass incarceration, and some may imagine that the decline of the former means the end of the latter. However that is far from clear. Much of the harshness of state and federal drug crime laws developed during the 1980s and 1990s remains in place. It is true that drug crimes of all sorts have been dropping since the start of this century, one of the benefits of which is that the Black/White disparity in imprisonment has been reduced from 9:1 at the height of the war on drugs to 6:1 today. But it is not likely to sink much further without concerted efforts that reach beyond drugs. More than half of the prison population is classified as violent offenders, and there is little public consensus yet in favor of seeking dramatic drops in current levels of imprisonment. All too soon, we may collectively decide mass incarceration is over, even while the prisons remain overcrowded and millions are scarred by legal disabilities.

What do we need to do to really end mass incarceration?

Support legal actions against degrading prison conditions all over the nation. After decades of complicity in mass incarceration, the US Supreme Court has recently sent signals that it is ready to challenge the most inhumane features of the system—features that have been tolerated for decades, including chronic overcrowding, solitary confinement, and interminable sentences with little penological justification. The courts will not end mass incarceration by themselves, but litigation can publicize the scale of inhumanity within prisons and significantly raise states’ cost to retain bloated prison populations.

Seek political decisions to eliminate mass incarceration sentencing laws at the state and federal level. Proposition 47 on California’s 2014 ballot, which reduced minor drug and property felonies to misdemeanors and resulted in as many as 2,000 current California prisoners being released, showed voters are more eager than politicians to reduce mass incarceration. So far the focus is on drug and minor property crimes, but we need reform across the sentencing ladder. Mass incarceration was built on supersizing all sentences, and they need to be reduced from murder on down.

Support amnesty measures for current and former prisoners. Any sentencing modifications should be made retroactive, and those who have been in prison for more than five years should have their sentences reviewed and reset. Those who committed crimes as juveniles, no matter how serious, should be eligible for immediate parole. We need to make sure that however long a person serves in prison, they return to a dignified life. Those leaving prison should be offered a clean slate with no fines, no legal disabilities, and no return to prison for technical violations of parole conditions that do not constitute real crimes.

Finally, we need to ensure this does not happen again. Current constitutional law sets few substantial limits on the severity of punishment. The language of the Eighth Amendment’s ban on “cruel and unusual punishment” should be supplemented with the stronger human rights language of the Universal Declaration of Human Rights, article 5: “No one shall be subjected to torture or to cruel, inhuman or degrading treatment or punishment.” While constitutional amendments are notoriously difficult to achieve at the federal level, campaigns often influence conventional politics (e.g., the recent balanced budget campaign). Moreover, many states allow such amendments by ballot initiative and if enough states adopt this language, it would bolster the likelihood that courts would read its stronger protections into the federal Eighth Amendment. California, with its long history of racialized incarceration campaigns (Japanese mass imprisonment in the 1940s, Black and Latino mass incarceration since the 1980s) and its voter-friendly amendment rules (which were used repeatedly to make punishment harsher) would be an obvious place to start.

Jonathan Simon is the Adrian A Kragen Professor of Law and faculty director of the Center for the Study of Law and Society at the University of California, Berkeley School of Law. Mass Incarceration on Trial: A Remarkable Court Decision and the Future of American Prisons is a 2015 Media for a Just Society Award finalist. His previous books are Poor Discipline: Parole and the Social Control of the Underclass, 1890–1990 and Governing Through Crime: How the War on Crime Transformed American Democracy and Created a Culture of Fear.

The BlackLivesMatter movement has helped focus national attention on the large (and shockingly uncounted) number of African American men and women killed by police officers annually, killings which are almost invariably found “justifiable.” The social media attention to killings of five Blacks in different cities who were unarmed at the time of their deaths put a human face on the rarely chronicled victims of state violence and showed the targeting of Blacks to be a national problem. The clear lack of…
We use cookies on our website to give you the most relevant experience by remembering your preferences and repeat visits. By clicking “Accept”, you consent to the use of ALL the cookies. However you may visit Cookie Settings to provide a controlled consent.
Cookie settingsACCEPT
Manage consent