The School-to-Prison Pipeline for LGBT Youth

The School-to-Prison Pipeline for LGBT Youth 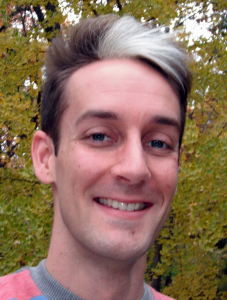 Darnell Young had just transferred to Arsenal Technical High School in Indianapolis, Indiana, to start his junior year. He was hoping that the harassment he experienced at his previous school would not follow him to this new one, but it before long, he became a target again. Students called him a “fag” on a daily basis and he received threats of violence. His mother worried for his safety.

Darnell Young had just transferred to Arsenal Technical High School in Indianapolis, Indiana, to start his junior year. He was hoping that the harassment he experienced at his previous school would not follow him to this new one, but it before long, he became a target again. Students called him a “fag” on a daily basis and he received threats of violence. His mother worried for his safety.

When the school’s administration did not step in and try to stop the harassment, Darnell’s mother, Chelisa Grimes, did what she felt she had to do: she gave her son a stun gun and told him to take it to school to scare off any student who tried to hurt him.

On April 16, 2012, a group of students surrounded Darnell and were threatening to beat him up. He pulled the stun gun out of his bag and fired it at the ceiling, in an attempt to frighten off his attackers.[i] It worked.

Minutes later, school police arrested Darnell for having a weapon at school. He faced expulsion.

Darnell’s story is unfortunately not so unique. Every day, lesbian, gay, bisexual, and transgender (LGBT) youth face harassment at school.[ii] Many students report that school staff do not do anything to intervene when harassment is happening, and sometimes, as in Darnell’s case, the school blames the harassment on the victim’s behavior.[iii]

To be clear, I do not think students (or anyone for that matter) should be bringing weapons to school. But administrators at Arsenal Technical High School failed to keep one of their students safe, even though they were made aware of the harassment and violence he was facing. Darnell’s school failed him, and he and his mother made a desperate decision—the only decision they believed they could make.

We often hear about the school-to-prison pipeline in relation to youth of color, particularly Black and Latino males.[iv] Certain groups of students are being disproportionately pushed out of our schools and funneled into the juvenile detention or criminal justice systems.

There is also a school-to-prison pipeline for LGBT youth.

Of course, when we talk about youth of color, LGBT youth, and youth with disabilities, these are not mutually exclusive groups. Students of color are placed more frequently in special education classes as compared to their white peers,[v] and LGBT students of color not only face homophobia and transphobia on a daily basis, but racism as well.[vi] Darnell Young was not only gay, but also Black, and described himself as flamboyant. LGBT young people who express their gender in nonconforming ways are more likely to become the targets of harassment than youth who conform to stereotyped notions of masculinity and femininity.

I have learned to think about the school-to-prison pipeline for LGBT youth by breaking down school systems into four main areas: quality, achievement, safety, and discipline.

Quality: How many students are each classroom? It is 20, or is it 40? What does the curriculum in that classroom look like? Do students learn about LGBT people and their contributions to history, science, literature, and the arts? Is the curriculum biased against the experiences of LGBT youth, teaching that only relationships between a man and a woman are valid?

Achievement: Are LGBT students given the opportunity to participate in advanced placement classes at the same rate as their straight and cisgender (not transgender) peers? If a student is skipping school because they do not feel safe, that can have a tremendous impact on their grades and their likelihood of being able to continue their education after high school.

Safety: More than 25% of LGBT youth report having skipped school because they did not feel safe.[vii] Some students who regularly skip school are given truancy tickets, which can cost more than $200 each in some districts. When students do not feel safe, they are not available for learning. In addition to not feeling safe at school, many LGBT youth are kicked out of their homes or run away from home because of the harassment and violence they experience there.

Discipline: In the 1990s, schools started adopting zero-tolerance policies, which were meant to address school fights, weapons at school, and other issues related to safety. What we have found is that zero-tolerance policies actually negatively impact many of the youth they were meant to protect.[viii] If a student punches another student who has been harassing them because of their sexual orientation for weeks, that student will likely face suspension or expulsion. Zero-tolerance policies create a situation that allows no room for school officials to look further into a situation and explore the root causes of the fight. Couple that with the fact that many schools are turning a blind eye to the harassment of LGBT youth, and you have a climate where students are forced to take extreme measures to defend themselves, and then are punished for doing so.

These are just a few examples of how school systems are unintentionally, and sometimes intentionally, pushing LGBT youth out of our schools, where they are more likely to fall into the criminal justice system.

The organization for which I work, the Gay Straight Alliance for Safe Schools, has recently entered into national conversations about the school-to-prison pipeline and its impact on LGBT youth. Much of our learning around these issues has been facilitated by the GSA Network of California, which has been building strong partnerships with national organizations, such as the Advancement Project, the Alliance for Educational Justice, and Dignity in Schools.

I applaud these organizations for doing the hard work of building bridges across communities to examine the ways in which justice issues intersect. Let’s derail the school-to-prison pipeline for all young people.

Tim Michael serves as Gay Straight Alliance for Safe School‘s (GSAFE) Manager of Gay Straight Alliance Outreach.  He holds a BA from UW-Madison and is a graduate of the Apprentice Organizers Project, which serves to foster a culture of community organizing in Wisconsin.  In his seven plus years at GSAFE, Tim has seen the number of GSAs in Wisconsin grow from 88 to 153.  A former high school GSA activist himself, he loves helping students and GSAs find their power as agents of change in their schools and communities.

Darnell Young had just transferred to Arsenal Technical High School in Indianapolis, Indiana, to start his junior year. He was hoping that the harassment he experienced at his previous school would not follow him to this new one, but it before long, he became a target again. Students called him a “fag” on a daily…
We use cookies on our website to give you the most relevant experience by remembering your preferences and repeat visits. By clicking “Accept”, you consent to the use of ALL the cookies. However you may visit Cookie Settings to provide a controlled consent.
Cookie settingsACCEPT
Manage consent