The Role of the Juvenile Court Judge in Child Welfare

The Role of the Juvenile Court Judge in Child Welfare 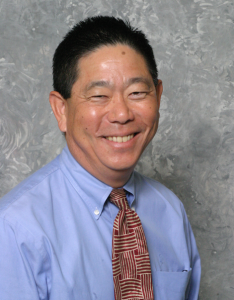 Twenty-one years ago, Judge Leonard Edwards (the now-dean of California juvenile court judges) described the job in an article entitled “The Role of the Juvenile Court Judge.” Over 13 years later, revisiting his seminal work, he continued to maintain that juvenile court judges are “…in the best position to play a critical role in the lives of our nation’s most vulnerable children and their families.” As the presiding juvenile court judge of one of the largest counties in California, I completely concur with Judge Edwards.


Twenty-one years ago, Judge Leonard Edwards (the now-dean of California juvenile court judges) described the job in an article entitled “The Role of the Juvenile Court Judge.” Over 13 years later, revisiting his seminal work, he continued to maintain that juvenile court judges are “…in the best position to play a critical role in the lives of our nation’s most vulnerable children and their families.” As the presiding juvenile court judge of one of the largest counties in California, I completely concur with Judge Edwards. But—and I believe Judge Edwards would agree—the vision of the multidimensional role of a juvenile court judge reflects the reality of the job on the one hand and, at the same time, is an aspirational view. Unfortunately, at this time, reality often collides head-on with aspiration, with aspiration losing.

First and foremost, a juvenile court judge is, well, a judge. When well-trained, experienced attorneys reasonably differ as to what should happen on a case, it falls upon the judge to make “the call.” Should a child be removed from the home of his or her parents, with the knowledge that foster care can be a disorienting and traumatic experience, or can the child be safe and healthy remaining in the home? Can the child be safely reunited with mom or dad because the parent has done enough to address the drug abuse, domestic violence, mental health disorder, or other dysfunction that lead to the child’s removal, or will we be returning the child to a life of abuse and neglect? The robust statutory scheme surrounding child welfare cases, with its legislatively established standards and burdens of proof, provide the bearing point against which the judge must make his or her decision. But these are not simply legal decisions, like deciding who has the title to a piece of property. These are grindingly human decisions. They demand that the judge understand the nature of human dysfunction, like the forces that cause a spouse to repeatedly allow her batterer back into the home, or that the drug abuser coming out of residential rehab will have to confront the many “triggers” that await his return to the home and neighborhood.

The juvenile court judge must, at all times, be a judge: fair, impartial, above the fray, and not embroiled in the case. It is the very foundation for public trust and confidence in our juvenile justice system. If a parent feels that the “system” is stacked against him or her, that the judge is simply a rubber stamp for the social worker who took his or her child and will not provide a fair hearing, what are the chances that the parent will work to address his or her issues and reunite with the child? Remaining dispassionate is tough. Nobody working outside of the juvenile justice system can appreciate the depth and extent of human dysfunction that comes into our juvenile courts every day. Every day we ask ourselves, “Who could do that to a child?” For good reason, trauma-informed care in child welfare looks as much at the trauma endured by those who work in the system as the children and families themselves. Despite all that, juvenile court judges must provide the process that is due: requiring that all parties are heard, listening carefully, weighing thoughtfully, and deciding fairly. Because if the public does not have trust and confidence in the court fulfilling this responsibility, the juvenile justice system will tear itself apart from the many competing and conflicting interests and concerns that judges must weigh.

Unique among judges, beyond deciding individual cases, juvenile court judges must provide active leadership roles, inside the courthouse and in the community. In California, our Standards of Judicial Administration instruct juvenile court judges to “provide active leadership within the community in determining the needs of and obtaining and developing resources and services for at-risk children and families. At-risk children include delinquents, dependents, and status offenders.” At its core, this active leadership means prompting innovation and driving the system’s players to implement the lessons learned as to what is working to alter the trajectory of at-risk children and families. Beyond that, the judge must look for and seek to fill in the gaps in the system—gaps caused by shrinking budgets for health and human services, and gaps caused by agencies and organizations that are working in silos, unaware of the blind spots in the overall delivery of services to youth and families.

But a juvenile court judge exercising leadership is a leader without the ability to command. Contrary to the belief of many, in most instances the judge cannot simply order, say, the probation department to build and staff a shelter for human trafficking victims. Under our constitutional system, the judiciary is the third branch of government, and the principle of separation of powers demands that a lawsuit be filed by a party before a judge can issue orders. To exercise leadership, the juvenile court judge preaches from a bully pulpit—raising awareness and focusing attention, convening and facilitating, encouraging and pushing, developing and organizing—to address the deficiencies and drive improvement of the juvenile justice system. To provide effective leadership, the judge must have a solid foundation, the public’s trust, and confidence in the court. Without these, even the best ideas in the world would fall on deaf ears.

Unfortunately, the role that juvenile court judges should play is far too often an aspirational goal. Court budgets, especially in California, have been in a state of free fall. Courtrooms and whole courthouses have been shuttered. Judges’ caseloads have been increasing as fast as budgets have been falling. Spending all day, five days a week, on the bench deciding cases and then reading reports and pleadings at night and on weekends leaves little time and energy for learning about the latest evidence-based practice or convening community groups and child welfare agencies to implement that practice. Judge Edwards was right that juvenile court judges can play a crucial role in changing the lives of our nation’s at-risk children for the better—I only hope that our policymakers realize what we can do.

Judge Douglas Hatchimonji is currently the Presiding Judge of Juvenile Court of the Superior Court of California, County of Orange. He handles both juvenile dependency and delinquency matters. Before being assigned to the Juvenile Court, he was the Supervising Judge of the North Justice Center of the Orange County Superior Court, which is one of the busiest criminal courthouses in California. He was appointed to the Bench in October 2003 by Governor Gray Davis.

Twenty-one years ago, Judge Leonard Edwards (the now-dean of California juvenile court judges) described the job in an article entitled “The Role of the Juvenile Court Judge.” Over 13 years later, revisiting his seminal work, he continued to maintain that juvenile court judges are “…in the best position to play a critical role in the…
We use cookies on our website to give you the most relevant experience by remembering your preferences and repeat visits. By clicking “Accept”, you consent to the use of ALL the cookies. However you may visit Cookie Settings to provide a controlled consent.
Cookie settingsACCEPT
Manage consent