The Role of the Juvenile Court Judge: A Marriage Made In …

The Role of the Juvenile Court Judge: A Marriage Made In … 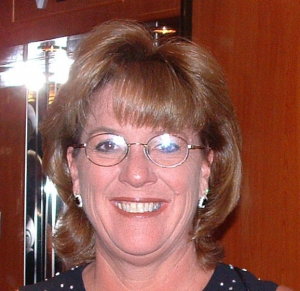 Congress has inextricably bound together the roles of the child welfare system and the juvenile courts. Perceptions about exactly where that marriage was made, in heaven or in hell, may depend strongly on where a given individual works in the system. Child welfare staff, rightfully, view themselves as the experts in social work, able to make sound decisions affecting the most sacred relationship—that between parent and child.


Congress has inextricably bound together the roles of the child welfare system and the juvenile courts. Perceptions about exactly where that marriage was made, in heaven or in hell, may depend strongly on where a given individual works in the system. Child welfare staff, rightfully, view themselves as the experts in social work, able to make sound decisions affecting the most sacred relationship—that between parent and child. Lawyers, Court Appointed Special Advocates, treatment providers, and the myriad other players in the system all have important perspectives and see their roles as crucial in helping to craft the best outcomes for families in crisis.

Only one important player in the system is uniquely positioned to sort through varying perspectives, varying recommendations, and varying political and budgetary drivers. That person is the juvenile court judge. The role of the judge both on and off the bench has been hotly debated for many years. Is the judge simply the umpire, calling balls and strikes and ultimately determining the game in many instances? Or is the judge something more, the final arbiter of justice, the one individual who ensures that the rule of law is consistently applied, protecting the rights of all who find themselves inside the courthouse doors? Does the judge solely rule in individual cases or does the judge have a broader role, using the bully pulpit to bring stakeholders together to ensure that government systems are doing right by the people they serve?

Some complain that judges are doing “social work from the bench.” Imagine the responsibility of making life-and-death decisions affecting children and families every day. Caseworkers do it during investigations when they decide to leave children who may have been abused at home, hoping through the night that they will be safe in the morning. Even then, when it gets really hard, everyone can make a recommendation but the judge makes the final call. Do we expect judges simply to rubber stamp the recommendations made by child welfare; by lawyers, who sadly may have only met their clients immediately preceding a hearing; by psychologists or psychiatrists who may have evaluated a client once? Or do we expect something more?

I have worked with hundreds of juvenile court judges over the course of a long career in court administration, child welfare, and juvenile justice. An overwhelming majority of these judges are in juvenile court because they want to be there. They are not on CNN or Fox News hearing the most salacious and newsworthy cases. They are toiling day to day in heart-wrenching circumstances, protecting children, battered women, people who have been so down on their luck that they cannot see the light at the end of the tunnel. They are charged with an overwhelming responsibility: protecting the safety of those must vulnerable members of our society.

From their unique vantage point, they see the way systems work. Their position of power and influence allows them the opportunity to convene broad-based coalitions to improve the system. Judicial leadership of strong collaborative cross-system teams across the land has resulted in successful and quantifiable systemic changes that improve outcomes for children and their families.

The next time you might be tempted to second guess the ultimate decision made from the bench, picture the pain I have seen in the eyes of a judge who has “lost” a child, knowing it was his ultimate decision to remove that child or send that child home to a family in which everyone had faith. The buck stops at the bench.

Congress was wise in vesting oversight of a very complex system to the dedicated men and women who serve on the juvenile court bench. Ask a judge to lunch. He or she won’t let you pay for it, but chances are you will meet a phenomenally dedicated human being. My humble and profound thanks to the people in the black robes.

Nancy Miller is a consultant working with courts, agencies, and nonprofits to help improve outcomes for children, families, and victims of domestic violence. Nancy is the former director of policy and government affairs and of the permanency planning for children department at the National Council of Juvenile and Family Court Judges. Nancy also served as deputy state court administrator with the Oregon Judicial Department. Early in her 30-year career, she worked as a caseworker, probation officer, residential treatment center supervisor, detention counselor, and training school cottage counselor.

Congress has inextricably bound together the roles of the child welfare system and the juvenile courts. Perceptions about exactly where that marriage was made, in heaven or in hell, may depend strongly on where a given individual works in the system. Child welfare staff, rightfully, view themselves as the experts in social work, able to…
We use cookies on our website to give you the most relevant experience by remembering your preferences and repeat visits. By clicking “Accept”, you consent to the use of ALL the cookies. However you may visit Cookie Settings to provide a controlled consent.
Cookie settingsACCEPT
Manage consent