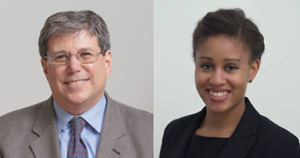 The use of cost-benefit analysis in juvenile and criminal justice is growing given that positive net financial and social benefits are potentially significant and instrumental for changing the price tag on public safety. Increasingly, every level of government is making targeted investments into safely reducing their jail and prison population.

The use of cost-benefit analysis in juvenile and criminal justice is growing given that positive net financial and social benefits are potentially significant and instrumental for changing the price tag on public safety. Increasingly, every level of government is making targeted investments into safely reducing their jail and prison population.

In 2014, the prison population increased to approximately 1.56 million individuals and the number of individuals confined to jail increased to approximately 744,600. Even though the cost per inmate varies by locality, the Vera Institute of Justice reported in a 2012 study that the total cost to taxpayers for the prison population alone was $39 billion among 40 states surveyed at an average annual cost of $31,286 per inmate (FY 2010).

This information comes at a time when policymakers are realizing that the scale of incarceration is not only costly, but also has limited effectiveness as a mechanism for increasing public safety. In the U.S., almost 70% of everyone who leaves prison is rearrested within 3 years and about 50% return to prison in that same time period.

Overall, the facts demand that policymakers everywhere rethink their approach to public safety. Pay for Success (PFS) financing introduces a new way of encouraging innovation for those willing to invest in social outcomes. To inform investors and governments whether or not the investment is worth the risk, the cost-benefit analysis of a PFS contract serves as an instrument to determine whether there is a positive return on the program or policy alternative (in terms of social benefits as well as financial savings).

Cost-benefit analysis (CBA) is an exercise used to determine whether the financial and economic benefits of a program or intervention outweigh the costs. It informs whether or not the marginal impact of a program results in short- and long-term budget savings and/or economic benefits compared to its alternatives. The government makes success payments to capital investors that are priced based on the results of a CBA, which monetizes the impacts of certain program outcomes. Benefits and costs are calculated not just for participants in the program, but also for taxpayers and members of society who are either directly or indirectly affected by program impacts, such as increased public safety or higher employment rates for an at risk population.

There is an extensive literature about the ability of social programs to achieve significant and positive outcomes for participants. However, the monetary value of social interventions is not as rich, which can result in investments in policies and programs that are more costly and less effective than others. The results of a CBA in addition to those provided through a program evaluation are valuable for government officials in deciding where to invest scarce tax dollars.

Even though CBA has been mandated at the federal-level since the Reagan era, it is increasingly leveraged by policymakers in state and local governments. Growing interest may be attributed to lingering fiscal austerity measures following the Great Recession from which a combined downstream effect of cuts in revenue sharing, slashes to budget expenditures, and increases in unemployment are pressuring local officials to prioritize investments towards effective interventions at a lower cost.

The CBA component of a PFS feasibility assessment is instrumental in illuminating whether or not the government will see a return on its investment (ROI) within the time-phased cost structure of a social impact bond (SIB). Importantly, investors and governments are attracted to interventions with a high probability of providing a positive return, in addition to savings that governments can realize and reallocate to other essential areas of government.

In the case of criminal and juvenile justice, policy alternatives to detention and incarceration are gaining traction in addition to more holistic approaches to preventing individuals from entering or returning to justice system involvement.  Currently, the field is ripe for determining whether or not new approaches to public safety provide better outcomes at less cost to taxpayers. Especially motivating is the idea that preventing justice system involvement for individuals may provide not only huge social and public safety benefits but cost savings in public health and welfare systems as well. Moreover, through these interventions, individuals who may have entered the justice system at a cost to taxpayers each year may instead contribute to society in a meaningful way by attaining gainful employment that leads to higher earnings and, consequently, increased tax revenue. Not surprisingly, these outcomes can result in less crime.

While CBA has the power to inform in a nuanced way, policymakers should caution against using it for programs without any evidence-base at all. Specifically, if positive outcomes in proven programs are generalized to a program that is inherently different or untested, whether it be the target population, the scale of the program, or even the geographic region, then it’s possible (or likely) that monetary outcomes will be different as well. In a nutshell, the most compelling argument for executing a CBA and truly finding whether net benefits are realizable should arise after a formal program evaluation.

This is not to say that it is impossible to find empirical literature that may support the determination that a program can achieve positive outcomes and potentially monetary benefits. Some organizations base their entire process of CBA on conducting what are called meta-analyses, in which programs that have been already been evaluated, are robust, and are closely aligned to the specific intervention are used to monetize costs and benefits of specific interventions.

Ultimately, the value of a CBA when determining whether an intervention will benefit from PFS is that it informs the stakeholders on potential short and long term taxpayer and other savings and on how to price the success payments that are tied to positive outcomes. Moreover, it informs the decision about the most effective intervention, because it actually ties costs to outcomes. This is especially important now as policymakers attempt to restructure our justice systems with new and innovative approaches for increasing public safety.

NCCD is excited to announce our second request for proposals (RFP) for PFS feasibility assessment technical assistance. We will select up to three entities to receive extensive technical assistance to determine the feasibility of using PFS to support evidence-based youth development programming. See below for an informational webinar to learn more about our selection process. The complete RFP is available here.