The Right Way to Think About Juvenile Justice

The Right Way to Think About Juvenile Justice 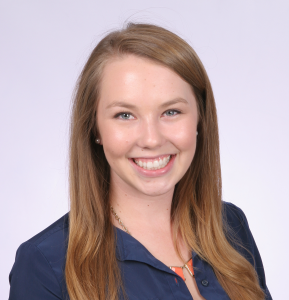 
For most young people who come into contact with the juvenile justice system, their involvement in this system is a small part of their life experience—and that’s as it should be. We have ample evidence that the juvenile justice system is not the best way to deal with developmentally typical behaviors. Handling these behaviors with sanctions like probation or secure detention can actually make them worse, creating a vicious cycle not just for individual young people and their families, but also for the health of entire communities.

It may seem obvious that the best juvenile justice system is one that benefits everyone: the young people who come into contact with it, their families, communities, and the agencies and workers who compose the system. The question is, how do we get there?

Because risk assessment helps identify which youth to focus on, it allows juvenile justice systems to allocate resources to where they are most needed, and to target interventions to where they have the most potential to prevent future system reentry of youth. Understanding risk helps to reform the juvenile justice system by promoting safer communities and more successful youth.

And while a valid, equitable risk assessment helps us answer the “Who?” question, research on the juvenile justice system gives us some insight into the “How?” part of the equation. For many young people, simply keeping them out of the system is the most positive step that can be taken. Their risk of delinquent behavior in the future is low enough that their best outcomes will be achieved simply by remaining in their homes and communities.

For youth who are at higher risk of future delinquent behavior, research has yet more information to offer on the “how.” Secure confinement actually harms young people, whereas community-based services, when implemented with fidelity and administered with the right level of intensity, are usually beneficial to youth, families, and the community.

While many past approaches focus on remediating or reacting to offenses committed by youth, research has shown that intervening early, with the right youth, is more effective. Early intervention can help prevent reentry into the juvenile justice system and can reduce the likelihood of youth becoming serious and violent offenders.

For young people who come into contact with the juvenile justice system, everything about their involvement should be intentionally planned to support overall system goals. Together, we need to create a juvenile justice system that allows youth to feel safe and learn skills necessary for reentry into the community, as well as one that preserves public safety by giving young people skills and support to be safe, productive, healthy community members.

For most young people who come into contact with the juvenile justice system, their involvement in this system is a small part of their life experience—and that’s as it should be. We have ample evidence that the juvenile justice system is not the best way to deal with developmentally typical behaviors. For most young people…
We use cookies on our website to give you the most relevant experience by remembering your preferences and repeat visits. By clicking “Accept”, you consent to the use of ALL the cookies. However you may visit Cookie Settings to provide a controlled consent.
Cookie settingsACCEPT
Manage consent