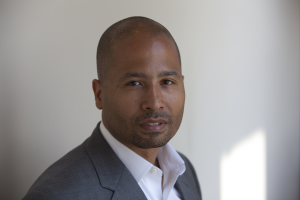 For me, exiting a New York state prison in 2000 after serving six years was a rebirth. As a lifelong New Yorker, born and raised in Brooklyn’s Bedford-Stuyvesant neighborhood, my mission started to crystallize. I wanted to be a voice for the countless intelligent, earnest, and genuinely good people that I was leaving behind.


For me, exiting a New York state prison in 2000 after serving six years was a rebirth. As a lifelong New Yorker, born and raised in Brooklyn’s Bedford-Stuyvesant neighborhood, my mission started to crystallize. I wanted to be a voice for the countless intelligent, earnest, and genuinely good people that I was leaving behind. Reflecting on the 2.3 million people in US prisons and jails and another 5.6 million under correctional supervision—mostly young black and brown men and women—I kept asking myself, “If prison is where we send bad people who do bad things, where do we send good people who do bad things?” I was first bound by handcuffs in 1995, and though I haven’t known their debilitating grip for years, the hypocrisy and destructiveness of our criminal justice system has remained with me ever since.

When exiting the belly of the beast, my vision was crystal clear, even if my path was uncertain. Throughout my adolescence, strife was a familiar companion: poverty, crime, meager public support, and violence predictably culminated in a term of incarceration. After leaving prison, like the other 650,000 people who exit each year, I faced barriers to employment, enfranchisement, education, and equality, both mirroring and intensifying the challenges of my youth.

I found opportunity in the advocacy world. There, I was valued for my professional skills, but also for the unique perspective that I brought to the work as someone directly impacted. I began to gain national attention as a staunch advocate for reform. My advocacy efforts eventually led me into policy as I testified before Congress and ultimately helped to advance legislation to remove barriers to jobs, housing, education, and voting in 10 states, co-authoring the Reentry and Employment Blueprint for Governor Spitzer, and leading the largest audit study ever conducted on race and criminal record discrimination. I knew that I was developing a distinct platform that, if fully realized, would become resounding enough to make a difference for me and millions of others.

In 2006, I transitioned to the Fortune Society, where I eventually became Senior Vice President of Development and Public Affairs. All the while, I remained close to those I served, leading a series of significant community organizing efforts toward criminal justice reform. I learned quickly that those closest to the problem also have the most to gain from a successful outcome, and therefore spent countless hours mobilizing the support of those who had been most deeply impacted by failed drug laws. Through it all, I have been the first to admit that none of this could have been achieved without the support of thousands of directly impacted people.

Yet despite being many of the best and the brightest people that I knew, I observed that these peers largely remained relegated to roles of symbolism or “trauma-porn”—spectacles meant to convince onlookers that the powerful had reserved a seat for the victims. In 2013, I resigned from my position at the Fortune Society, one of power and prestige, to found JustLeadershipUSA (JLUSA), a membership organization whose mission is to cut the number of people in prison in the US in half by 2030, while proving that those closest to the problem are closest to the solution.

JLUSA dares to put new and authentic drivers in the seat of the reform locomotive. The vision is straightforward: the most compelling advocates of change are those that have been most affected by incarceration. Why, then, are we not seeking their counsel about what needs to change, where we can improve, and what strategies we need to implement to actually manifest such change? JLUSA is the culmination of such reflection. That communities and individuals impacted by incarceration and our criminal justice system will now have a formal space dedicated to tapping their leadership is a transformative idea whose time has long been urgent.

I take no comfort in being the “exception.” For me, such a position merely confirms the horror of the “rule.” Correcting this unjust arrangement requires that other formerly incarcerated leaders be equipped with the range of skills and the unique approach to policy reform that have made my own success possible. I want to be clear: there are no “voiceless” people for whom I speak. I’ve learned that such slogans are little more than cheap gimmicks for crass, even if well-intentioned, political ambition. My goal is to amplify the voices and expertise of those who remain either deliberately silenced or willfully ignored so that they may speak on their own behalf. It’s time we acknowledge that the experts we so urgently need have always been close at hand. We’d all do well to listen.

Glenn E. Martin is the Founder of JustLeadershipUSA (JLUSA). He is a national leader and criminal justice reform advocate who spent six years in New York State prisons. Prior to founding JLUSA, Glenn served for seven years as Vice President of Development and Public Affairs at The Fortune Society and six years as Co-Director of the National HIRE Network at the Legal Action Center. Glenn regularly contributes his expertise to national news outlets such as MSNBC, Fox News, CNN, Al Jazeera, and CSPAN on topics such as policing, decarceration, alternatives to incarceration, and reentry issues.

For me, exiting a New York state prison in 2000 after serving six years was a rebirth. As a lifelong New Yorker, born and raised in Brooklyn’s Bedford-Stuyvesant neighborhood, my mission started to crystallize. I wanted to be a voice for the countless intelligent, earnest, and genuinely good people that I was leaving behind. For…
We use cookies on our website to give you the most relevant experience by remembering your preferences and repeat visits. By clicking “Accept”, you consent to the use of ALL the cookies. However you may visit Cookie Settings to provide a controlled consent.
Cookie settingsACCEPT
Manage consent