The Legislature’s Role in Juvenile Justice Reform: A California Example

The Legislature’s Role in Juvenile Justice Reform: A California Example 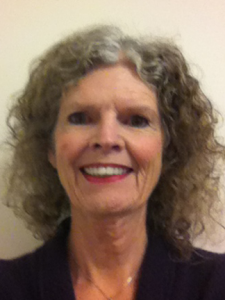 At a time when Congress is immobilized by partisanship and posturing, it is easy to be cynical about anything good ever happening in government. But I have a positive legislative tale to share—one about the role of the California State Legislature in changing a broken juvenile justice system and setting it off in a better direction.

At a time when Congress is immobilized by partisanship and posturing, it is easy to be cynical about anything good ever happening in government. But I have a positive legislative tale to share—one about the role of the California State Legislature in changing a broken juvenile justice system and setting it off in a better direction.

Although California’s juvenile justice system was considered a model in earlier decades, by the 1980s it was moving away from its rehabilitative underpinnings and toward a more punitive system. This was fueled by a spike in juvenile crime that lasted into the mid-1990s and made worse by “experts” whose missives on “violent juvenile predators” created a fear of juveniles in the public mind long after the crime rates fell precipitously. In this climate of fear, it was easy to send youth to the juvenile corrections system, which began to look more and more like the adult system. Abundant federal money was made available to support the construction of new facilities for youth and, not surprisingly, they closely resembled adult prisons. Staff in the former California Youth Authority joined the prison guard’s union and began wearing flak jackets in the juvenile facilities. By the 1990s, the system was unable to handle the influx of youth. Facilities became overcrowded, violent, and unable to meet their underlying rehabilitative mission. The system saw more suicides; gang fights; protracted lockdowns; use of pepper ball guns, tear gas, and straightjackets; abuse and retaliation by staff; and youth receiving educational services and exercising in cages. Many youth were given “time adds,” which resulted in periods of incarceration lasting three times the national average. Sadly, many youth spent years in the system without receiving even a basic education. The system’s own data showed that 70% of males released were rearrested within 36 months. The system needed serious attention.

While a small group of persistent and dedicated advocates had been trying to bring attention to the demise of the California Youth Authority for some time, a confluence of circumstances around the year 2000 presented the perfect opportunity for legislative action. First, Arnold Schwarzenegger was elected governor. Since he had no need to posture as a “tough guy” after a movie career of playing one, he was initially interested in correctional reform. Second, the cost of incarcerating a youth for one year in the abusive and ineffective California Youth Authority reached $175,000—and later topped $200,000—at a time when the state was struggling to support basic services to its citizens. Third, civil rights litigation filed by the nonprofit Prison Law Office and extensive media reports kept the parade of institutional abuses in the public eye, making it impossible to turn away from the failures of the existing system. Finally, the juvenile justice community—attorneys, advocates, probation officers, and judges—became actively involved in trying to keep youth out of the system or bring them home more quickly.

The California State Legislature responded. Beginning in 2000, it held hearings at which youth, family members, advocates, and public officials described what was happening (or not happening) in the state’s youth correctional facilities. Committee chairs began asking specific questions and making demands on facility administrators to investigate and resolve particular issues (closing a particularly notorious dungeon, studying 23-hours-per-day solitary confinement, contracting out for girls’ services) and report back to the legislature. After the Prison Law Office filed litigation in 2003, legislators used expert report findings to question administrators about how they would resolve the problems that were coming to light. The legislative record provided advocates and juvenile justice professionals with current information that could be used to drive local policy on California Youth Authority commitments and as a basis for decision making in individual cases.

The legislature also enacted a series of small and large reforms that ultimately caused dramatic changes in the state’s juvenile justice system. Some examples are listed below.

Senate Bill 459: Curbing Parole Board Abuse, Expanding Court Powers to Reduce Length of Stay. Effective in 2003, this legislation removed power from the old parole board, which was well-known to be out of touch with the facilities and routinely held youth until they “maxed out” at age 25. It created a new governance structure for parole, added case planning requirements, and called for regular reporting to the counties about individual youth. Senate Bill 459 made it easier for juvenile courts to recall or modify Youth Authority commitments for youth not receiving services on which commitments were premised. The bill also changed the law to allow courts to set the maximum term of commitment at something less than the adult maximum term for the same offense. Until then, courts had been required to impose the maximum term.

Senate Bill 81: Realignment of Juvenile Justice Resources to the Counties. In 2007, the legislature enacted landmark legislation calling for the realignment of resources from the state to the counties. Recognizing that youth are better served close to their home communities, Senate Bill 81 (and a clean-up bill, Assembly Bill 191) provided that youth who committed less serious crimes (specified in statute) could no longer be committed to the state system. The legislation also provided significant state funds for the development of county-level programs and facilities and shifted much of the responsibility for juvenile parole to the counties. Under the Youthful Offender Block Grant Program, counties were to receive $117,000 per ward to cover the cost of custody and treatment, based on a formula that considered the county’s youth population and juvenile felony rate. Also, counties were to receive $15,000 per year to cover parole services for each youth now falling into the non-committable category. Senate Bill 81 also authorized construction bond funds for new or renovated county facilities for youthful offenders and amended state law to allow slightly older youth to be maintained in county facilities—up to age 20 with proper approval by the state.

Assembly Bill 1628: Realignment of Juvenile Parole to the Counties. The state was sued in 2006 for failing to provide due process and attorneys in juvenile parole revocation hearings, often resulting in substantial increases in lengths of stay. Although progress had been made in fixing the system, the legislature decided to extend what it did in Senate Bill 81 in returning control to the counties. In 2010, Assembly Bill 1628 shifted significant functions away from state agencies and gave counties the power over revocation or suspension of parole and establishment of the conditions of parole supervision. A juvenile reentry fund was also created to cover local program needs for those youth.

Senate Bill 1021: Corrections Budget Trailer Bill–No More Time Adds; Lower Maximum Age of Confinement. For many years, incarcerated youth experienced “time adds” that added as much as a year to their confinement times, often for very minor transgressions. In addition, many youth were held until age 25 for crimes committed when they were 16 or 17. In 2012, the legislature approved a bill that eliminated “time adds” and lowered the maximum age of confinement to 23.

These funding and legislative shifts have depopulated the state facility system. At the peak of the “tough-on-crime” era, in 1996, the California Youth Authority housed 10,122 wards. By the end of 2013, only 659 youth resided in state facilities and camps. However, the last chapter of this story has not yet been written. While some juvenile system professionals have called for a complete end to the state system, others view it as a necessary resource to keep youth involved in very serious crimes out of the adult criminal justice system. Whatever way this debate plays out, the legislature will surely continue to be a major player in California juvenile justice reform.

Sue Burrell is a staff attorney at the San Francisco-based Youth Law Center. She has been involved in juvenile justice reform since joining the office in 1987, working to reduce unnecessary incarceration, ensure fair treatment in the court process, and make certain that youth receive the supports they need to succeed. In 2011, she received the American Bar Association’s Livingston Hall Award for her contributions to the field of juvenile justice.

At a time when Congress is immobilized by partisanship and posturing, it is easy to be cynical about anything good ever happening in government. But I have a positive legislative tale to share—one about the role of the California State Legislature in changing a broken juvenile justice system and setting it off in a better…
We use cookies on our website to give you the most relevant experience by remembering your preferences and repeat visits. By clicking “Accept”, you consent to the use of ALL the cookies. However you may visit Cookie Settings to provide a controlled consent.
Cookie settingsACCEPT
Manage consent