The Important Role of Parent Advocates in the Child Welfare System

The Important Role of Parent Advocates in the Child Welfare System 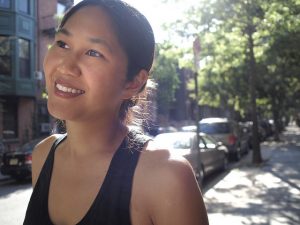 Stephanie Wang-Breal is the director/ producer of the Emmy-nominated documentary, Wo Ai Ni Mommy (I Love You, Mommy). She is currently working on a film titled Tough Love, a documentary that explores the lives, homes, and cases of families in the child welfare system.


Stephanie Wang-Breal is the director/ producer of the Emmy-nominated documentary, Wo Ai Ni Mommy (I Love You, Mommy). She is currently working on a film titled Tough Love, a documentary that explores the lives, homes, and cases of families in the child welfare system. To learn more about Tough Love or to donate to Stephanie’s Kickstarter page to raise funds for completion of the film, click one of the links above or visit Stephanie’s website.

Every Wednesday for the first six months of 2011, I spent the afternoon in East Harlem at the Child Welfare Organizing Project’s (CWOP) weekly support group meeting for parents who have kids in or at risk for foster care placement. I wanted to personally and directly observe how the system functions and works for the parents and families whose lives are at the very core of our nation’s child welfare system.

In the small, windowless meeting room, 20‒25 men and women, representing every race and borough in New York City, crowded in and listened intently to one another’s personal relationship and concerns with the child welfare system.

Anger and despair made the already-small room feel even more cramped and uncomfortable. This anger, however, was constantly being massaged and guided by the parent advocates and parent advocates-in-training who were facilitating the meeting. During one parent’s exhaustive cry of being “sick and tired” of fighting her child protective services (CPS) worker to get her child back, a parent advocate reminded her, “Fighting with frustration and fighting with conviction are two different things.”

The objective and even-handed perspective the parent advocates brought to these meetings was quite remarkable. Week in and week out, I witnessed the parent advocates disarm the parents sitting in that crowded room and replace their anger with knowledge. Their questions about the lawyers, caseworkers, and agencies handling the case enabled them to clear the air so that parents could refocus their energy and attention on what services and paperwork they needed to complete so that they could get their kids back. If the parent advocates felt the parents needed more information, they would personally make calls on the parents’ behalf to ensure they were headed in the right direction and connected to the proper local service providers.

Almost all parent advocates have been touched by the system in some way or another, either through the foster care system or due to their own experience with CPS. Although their past experience challenged them on every level, they now use that experience to improve the accountability levels of all players in the system. As Sandra Killett, a parent advocate, aptly stated, “We’re just trying to level the playing field.”

It’s great to see parent advocates being employed and utilized at every level of New York City’s child welfare system. Those graduating from CWOP’s parent advocate training class have found employment at the Administration for Children’s Services (ACS), foster care agencies (such as Graham Wyndham and Children’s Village), and legal service providers (such as Brooklyn Family Defense Project and Bronx Defenders). CWOP’s parent advocate training curriculum has also been adopted to train Veteran Parents in the Seattle child welfare system.

Parent advocates are an essential part of changing the culture of our child welfare system. The voices and perspective they bring to the system can improve the ways we engage parents and families whose lives are at the core of our system.