The History and Future of the Pay for Success Field

The History and Future of the Pay for Success Field 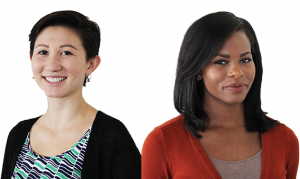 In 2015, President Obama proposed a $300 million fund designed to incentivize state and local governments to develop social impact bonds. The purpose of the provision was to change the way our government thinks about and allocates funds to social services, saving money while improving outcomes for community members.1

In 2015, President Obama proposed a $300 million fund designed to incentivize state and local governments to develop social impact bonds. The purpose of the provision was to change the way our government thinks about and allocates funds to social services, saving money while improving outcomes for community members.1

Pay for success (PFS) mechanisms, including social impact bonds (SIBs), are an innovative approach to financing social programs. These approaches leverage private capital to finance social interventions up front in exchange for a return on their investment following positive program performance.

Pioneered in 2010, the first documented SIB was the Peterborough Prison Social Impact Bond, which launched in the United Kingdom. This SIB was created as a result of a promise made by the British government to pay a UK-based organization, Social Finance, if the project reduced recidivism. To pay for the intervention, Social Finance raised money from private investors, who were slated to receive an agreed-upon amount from the British government pending the project outcome. This amount, the return on investment, was funded by the cost-savings as a result of reducing recidivism at Peterborough Prison.2,3

Since the implementation of the Peterborough SIB, PFS projects have begun in the United Kingdom, Australia, Belgium, Canada, France, Germany, Ireland, Israel, Korea, the Netherlands, and the United States.4,5

This model has allowed jurisdictions across the country to explore partnerships with private investors to create, implement, and scale innovative social programs to meet the needs of their communities. From recidivism reduction in Massachusetts to addressing the chronic homelessness in Santa Clara County, local and state governments are pursuing PFS as a mechanism of social reform. This Tuesday, the governors of Connecticut and South Carolina announced plans to fund early intervention or intensive treatment programs through PFS financing. Governor Nikki Haley of South Carolina announced a $30-million, four-year PFS transaction that will provide visiting nurses, specializing in maternal and children health, to the homes of low-income pregnant women. Governor Dannel Malloy of Connecticut announced a new $12-million, four-year PFS initiative to safely keep children out of foster care, through intensive in-home treatment for parents struggling with substance abuse.

NCCD is proud to be a contributing member in this new field of PFS. As a White House Social Innovation Fund (SIF) recipient, NCCD was awarded funding to provide technical assistance to selected agencies that provide intervention services that aim to reduce racial and ethnic disparities in juvenile justice and or the child welfare system. Through the SIF funding, NCCD is currently working with the City of New Haven, Youth Stat program; Milwaukee’s Youth Works program; and San Diego’s Alternatives to Detention program to determine the feasibility of expanding the scale of these programs through a Pay for Success transaction. Through this work, government leaders and community stakeholders will be able to determine the viability of a potential PFS transaction.

The idea of partnering with private investors and paying for the success of programs is a model that many jurisdictions are interested in. Learning from the results from previous PFS transactions, local and state governments are able to construct promising PFS transaction contracts that have the potential to truly transform social programs in their communities.

1https://www.americanprogress.org/issues/economy/news/2013/04/23/61163/white-house-budget-drives-pay-for-success-and-social-impact-bonds-forward/
2http://www.payforsuccess.org/sites/default/files/sib_fact_sheet.pdf
3http://www.nationalservice.gov/sites/default/files/documents/CNCS%20PFS%20State%20of%20the%20Field%20Document%20Final%204-17-15%20sxf.pdf
4https://www.rockefellerfoundation.org/blog/success-peterborough-social-impact/
5http://apsocialfinance.com/wp-content/uploads/2013/05/social-investment-symposium-report-2013.pdf
In 2015, President Obama proposed a $300 million fund designed to incentivize state and local governments to develop social impact bonds. The purpose of the provision was to change the way our government thinks about and allocates funds to social services, saving money while improving outcomes for community members.1 In 2015, President Obama proposed a…
We use cookies on our website to give you the most relevant experience by remembering your preferences and repeat visits. By clicking “Accept”, you consent to the use of ALL the cookies. However you may visit Cookie Settings to provide a controlled consent.
Cookie settingsACCEPT
Manage consent