The Good and the Bad in Loretta Lynch’s Milestone

The Good and the Bad in Loretta Lynch’s Milestone 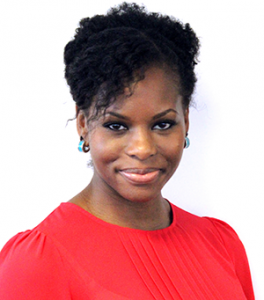 On Thursday, April 23, 2015, history was made. Loretta Lynch’s long path to become the US Attorney General ended with the Senate voting 56 to 43 to confirm Lynch as the 83rd US Attorney General, and the nation’s first Black American woman to hold this position.

On Thursday, April 23, 2015, history was made. Loretta Lynch’s long path to become the US Attorney General ended with the Senate voting 56 to 43 to confirm Lynch as the 83rd US Attorney General, and the nation’s first Black American woman to hold this position.

This moment is one to relish. In awe, I stand pleased, hopeful, honored, and beaming with pride watching this moment come to fruition. However, I am also fraught with sadness. As I celebrate the first Black American woman to hold this position, it comes with the understanding of what it means to be “first”; 82 attorney generals preceded her, none of whom were Black American women. The sadness is further exacerbated when I consider that the first Black American to ever hold the position is Lynch’s immediate predecessor, Eric Holder.

The realization that in 2015, people of color are still able to be afforded the title of the “first” to do, go, and hold positions—and more importantly hold positions that have direct impacts on their lives in acute and distinct ways—is disheartening.

Mass incarceration of people of color is a current “hot topic” for the criminal justice system; however, mass incarceration is far from a new phenomenon. It has been built by decades upon decades of racial prejudice, fearmongering, and disparate treatment of people of color that has played out in practices like stop-and-frisk, three-strikes laws, mandatory minimums, and school policing. Our jails and prisons are filled disproportionately with people of color, yet it has taken 83 appointments to place a woman of color in the highest position that directly impacts the criminal justice system.

I am not suggesting that having a woman of color in this position would have changed many of the outcomes felt by people of color. Let’s be honest: the ills endured by people of color extend far past the justice system. However, when there is diverse representation in positions of governance, that allows for a difference in perspective, agenda, experience, and decision making.

To clarify, Lynch’s race is not what brought her to this main stage; it has been her educational pedigree, her impeccable record as a lead prosecutor, and her commitment to justice that have afforded her this position.

I do not wish to detract from Loretta Lynch’s accomplishments or this victory for the people of the United States. I do aim to keep in context that as we continue to pursue equity in our justice system and create innovative solutions to reduce mass incarceration, it is imperative that people of color are elected and appointed into positions that extend past the “first,” and continue to the point that it is no longer newsworthy to have people of color in positions of governance.

On Thursday, April 23, 2015, history was made. Loretta Lynch’s long path to become the US Attorney General ended with the Senate voting 56 to 43 to confirm Lynch as the 83rd US Attorney General, and the nation’s first Black American woman to hold this position. On Thursday, April 23, 2015, history was made. Loretta…
We use cookies on our website to give you the most relevant experience by remembering your preferences and repeat visits. By clicking “Accept”, you consent to the use of ALL the cookies. However you may visit Cookie Settings to provide a controlled consent.
Cookie settingsACCEPT
Manage consent