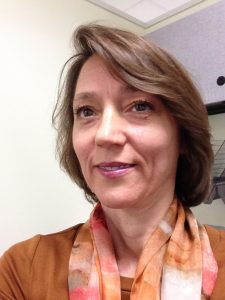 As of 2010, 13% of the United States population was age 65 and older, with this group expected to comprise 19.3% of the population by 2030, according to the 2011 US Census. Many of these older adults will experience some form of elder abuse. There are six types of elder abuse (victim-offender): neglect, physical abuse, financial exploitation, psychological abuse, sexual abuse, and abandonment.


As of 2010, 13% of the United States population was age 65 and older, with this group expected to comprise 19.3% of the population by 2030, according to the 2011 US Census. Many of these older adults will experience some form of elder abuse. There are six types of elder abuse (victim-offender): neglect, physical abuse, financial exploitation, psychological abuse, sexual abuse, and abandonment. Nationally representative prevalence studies estimate that 11% of the older population in our country has experienced some form of abuse in the past year, with higher rates among high-risk populations. Some older adults may experience two or more co-occurring forms of elder abuse, referred to as (elder) polyvictimization, a form of elder abuse that is becoming increasingly recognized.

The current body of elder abuse research is underdeveloped. However, perhaps the most studied aspect of elder abuse has been the search for risk factors. Historically, researchers have tended to lump forms of elder abuse together. But research funded by the National Institute of Justice (NIJ) finds that different risk factors are uniquely associated with different forms of elder abuse. This is even true when polyvictimization is included. When victims of financial exploitation co-occurring with physical abuse and/or neglect were compared to victims experiencing only financial exploitation, there were significant and meaningful differences between the two groups across all domains investigated.

Risk-factor research is believed to enhance elder abuse investigation. Historically, the only agency responsible for investigating elder abuse has been APS. Financial exploitation cases are challenging to investigate and require a range of skills. For example, investigations of financial exploitation may include needing to know the financial institution’s personnel and practices, having an understanding of complex financial transactions, possessing skills in distinguishing legitimate from fraudulent acts, knowing about relevant licensing and regulatory entities for financial professionals, and even having a working knowledge of real estate and contract law.

This complexity is magnified in the presence of polyvictimization. As noted, these cases typically involve long-standing, co-dependent relationships in which the dyad has no desire to be separated. These cases involve navigating family conflict as well as complex financial instruments. Therefore, these cases necessitate greater time as well as resources. Because of the high level of complexity, and because no one agency possesses all the skills necessary for investigating and responding to elder abuse, communities are increasingly turning to multidisciplinary teams.

Multidisciplinary teams are comprised of individuals from diverse disciplines who work collaboratively to identify victims of elder abuse and meet their multitude of legal, medical, financial, social, emotional, and other needs through coordination of services and case review. A multidisciplinary team offers improved evidence-gathering techniques via law enforcement while simultaneously providing support for the victims. Such coordination is important whether providing services or preparing for prosecution.

Prosecution may send a strong message that society does not tolerate abuse against elderly people. However, prosecution in these cases remains relatively uncommon. The additional expertise often required to prosecute elder abuse can be obtained from the involvement of the professionals on the multidisciplinary team. An NIJ-funded evaluation recently found that the use of a multidisciplinary team enhanced the likelihood of prosecution.

Prosecution is a scary and daunting prospect for most people. Victims need support and encouragement to pursue prosecution. When both law enforcement and social services workers collaborate to engage the victim—a strategy that takes finesse as well as time to build relationships with the victim—victims may be more likely to support prosecution.

Shelly L. Jackson, PhD, (pictured above) is a visiting fellow at the Office for Victims of Crime, US Department of Justice. She was previously a Department of Psychiatry and Neurobehavioral Sciences research professor with the University of Virginia Institute of Law, Psychiatry, and Public Policy. Her teaching and research interests are focused on victims in the context of family violence, elder abuse, and incarcerated persons. She received her doctoral training in developmental psychology from the University of Vermont and completed a post-doctoral fellowship in psychology and law at the University of Nebraska-Lincoln.

Dr. Carrie Mulford is a social science analyst at the National Institute of Justice.  She received her Ph.D. in psychology from the University of Virginia in 2004 and her B.A. from Rice University in 1992.  Dr. Mulford has been involved with research on juvenile justice, teen dating violence, child abuse, elder mistreatment, enforcement of victims’ rights laws, hate crime, and situational crime prevention.  She has co-authored over a dozen scholarly articles, primarily focused on violence prevention and interpersonal violence across the lifespan.  Since joining the National Institute of Justice, Dr. Mulford has managed the elder abuse research portfolio and represented NIJ on the Elder Justice Working Group.

As of 2010, 13% of the United States population was age 65 and older, with this group expected to comprise 19.3% of the population by 2030, according to the 2011 US Census. Many of these older adults will experience some form of elder abuse. There are six types of elder abuse (victim-offender): neglect, physical abuse,…
We use cookies on our website to give you the most relevant experience by remembering your preferences and repeat visits. By clicking “Accept”, you consent to the use of ALL the cookies. However you may visit Cookie Settings to provide a controlled consent.
Cookie settingsACCEPT
Manage consent