The Beginning of the End of the Great Punishment Experiment

The Beginning of the End of the Great Punishment Experiment 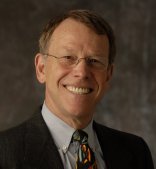 Dr. Todd R. Clear is the dean of the School of Criminal Justice at Rutgers University, and a member of NCCD’s Board of Directors.

Dr. Todd R. Clear is the dean of the School of Criminal Justice at Rutgers University, and a member of NCCD’s Board of Directors.

Between the 1920s and 1972, the incarceration rate in the United States hovered between 90 and 120 per 100,000 citizens, creating what some criminologists thought was a homeostatic level of social control. But in 1972, the prison population started to rise, and it rose every year after that for 38 years—in good economic times and bad, during war and during peace, as the baby boomer generation passed out of their 20s and as they started to approach retirement, and regardless of whether the crime levels increased or decreased.

This prison expansion happened as a consequence of intentional policy: over time, the cumulative effect of many sentencing reforms meant that the imprisonment rate of people convicted of felonies tripled and the time they served in prison doubled. By 2010, the number of prisoners in the United States had increased six-fold, and the incarceration rate had grown by 500%. No other democratic nation had anything approaching our numbers—it was a uniquely American social experiment in a penal policy centered on prisons.

But this is now changing. The extreme slope in the rate of annual prison growth that characterized the ‘80s and ‘90s slowed dramatically starting in 2000. And the last two years have seen a national decline in the number of prisoners—small, but after 38 years of unrelenting growth, remarkable. In fact, every sector of corrections is now losing numbers: probation and parole; jails; and prisons.

The national numbers mask a good deal of heterogeneity among the states, of course, and California alone provides the lion’s share of this year’s drop. But there are reasons to think we are seeing the beginning of what could be a new trend. A dozen states have closed or plan to close prisons. Two-thirds of the states have enacted or will enact policy reforms that are advertized as ways to cut the number of prisoners. (Whether they will do so is a matter for a different blog.)

What is going on?

The immediate cause is, of course, the fiscal crisis. Prisons cost a lot of money, and saving money in all government sectors is at a premium. But that is by far not the only reason. (After all, prisons grew at an annual rate of about 8% a year during the recession of the 1970s, when government money was just as tight.)

It may be that we have reached a place in the penal policy environment in which a number of factors align to suggest a fundamental change in the public will regarding prisons. The evidence that prisons do not contribute very much to public safety has become well accepted among intellectuals, while at the same time there is a growing case that non-prison strategies may work better. The national conversation about reentry has called attention to all the ways that prison stays make adjustment less likely for those who return to our communities. Studies of unwanted collateral consequences of prison for children, families, and communities have challenged the fairness and the wisdom of a penal policy built on inevitable prisons stays.

Perhaps most to the point, the public no longer seems alarmed by “street crime.” Politicians no longer run on “punishment” platforms, even in big and tough urban centers. When the economy recovers, as it will, other priorities will call for investment as our population ages along with our infrastructure. Prisons will no longer occupy a privileged place in the competition for resources.

Remarkably, economist Steven Levitt has called for a 30% reduction in the number of U.S. prisoners. This kind of public pronouncement is but another of the many bellwethers that the great prison experiment of the 20th century may be slowly ending.