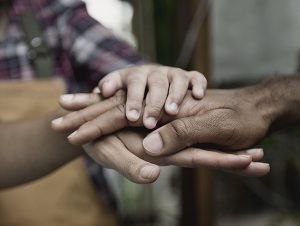 With the aim of growing a new cadre of social justice researchers, Evident Change recently recruited students from across the country at all levels of higher education. These interns and research assistants will develop, or support development of, publications or instruments that benefit Evident Change programs while building their curriculum vitae.

Initially, the recruitment team planned to onboard one student for each academic level. However, the team received more than 100 applications for the three positions and decided to share the most qualified candidates’ information across multiple Evident Change teams. In the end, Evident Change offered intern/assistantships to eight students across multiple disciplines and from all parts of the country.

Welcome to all our new researchers! Read more about each of them below. 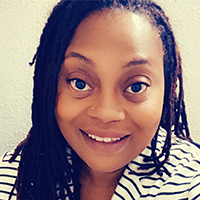 Kam is a doctorate candidate in sociology at Georgia State University. As a researcher, Kam has collaborated on projects to decriminalize and desexualize homeless youth in Atlanta, increase the sexual health knowledge of marginalized groups of gay and bisexual men, and disclose inconsistencies in felonious murder sentencing in the state of Georgia. Kam has also formulated surveys and intervention assessments for a pilot program that centers around court reform in rural Georgia, connecting the criminalization of evictions to the larger context of economic oppression toward marginalized groups.

Kam’s dissertation focuses on understanding the making and unmaking of Black gangs as they (re)formed through new political, economic, and socio-cultural processes, historically blocked by systemic and institutional racism. 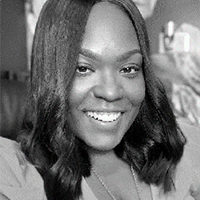 Rashonda joins the Juvenile Assessment and Intervention System™ (JAIS)/Correctional Assessment and Intervention System™ (CAIS) team from Chicago, Illinois. She will support the CAIS remodel effort with a primary focus on the corrections component. Rashonda currently works as a manager of reentry programs, focusing on the Cook County Jail. She is also a first-year PhD student studying community psychology with an emphasis on adult reentry from corrections at National-Louis University, Chicago. 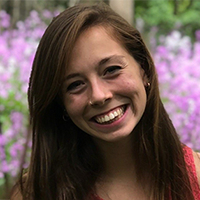 Ellie joins the JAIS™/CAIS™ team from Minneapolis, Minnesota, and expects to receive her Master of Arts in evaluation studies from the University of Minnesota-Twin Cities. Previously, she worked as an AmeriCorps VISTA volunteer, assisting with research and evaluation efforts at College Possible, an educational equity nonprofit. In this role, she also evaluated the relevance and cultural responsiveness of the curricula by conducting interviews and focus groups with stakeholders at different levels of the organization. 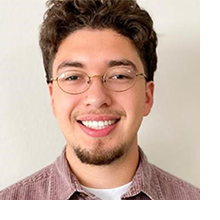 Alejandro is working with the research team from Rodeo, California. A recent graduate of San Francisco State University, he has a background in criminal justice studies and public health studies. 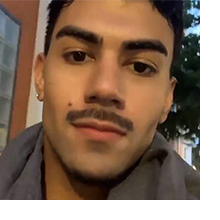 Jacob is a recent graduate of Florida International University, where he earned a bachelor’s degree in psychology. He is working for Evident Change from Miami, Florida, and eventually plans to focus his work on the child welfare system by conducting research that alleviates the developmental delays of children in foster care and homeless shelters. 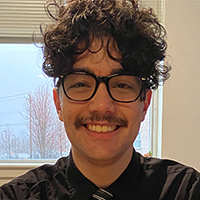 Holden is a fourth-year psychology student at the University of New Haven in West Haven, Connecticut. He is currently preparing for the GRE General Test and applying to graduate programs that will help him pursue a clinical career. Holden is working on JAIS from Cleveland, Tennessee. 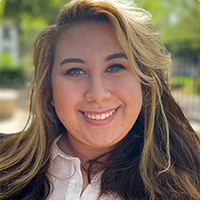 Brionna joins the research team from Irvine, California, where she is a University of California Irvine undergraduate in criminology, law and society, and urban planning and public policy. Brionna is passionate about ending mass incarceration. 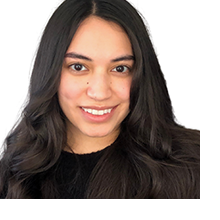 Vanessa joins the research and analysis team from St. Louis, Missouri, where she attends the University of Missouri-St. Louis. Previously, she worked in applied behavior analysis at the local level as a senior coordinator and registered behavior technician. Vanessa also has worked in early childhood education and early intervention.

With the aim of growing a new cadre of social justice researchers, Evident Change recently recruited students from across the country at all levels of higher education. These interns and research assistants will develop, or support development of, publications or instruments that benefit Evident Change programs while building their curriculum vitae. This recruiting effort focused…
We use cookies on our website to give you the most relevant experience by remembering your preferences and repeat visits. By clicking “Accept”, you consent to the use of ALL the cookies. However you may visit Cookie Settings to provide a controlled consent.
Cookie settingsACCEPT
Manage consent