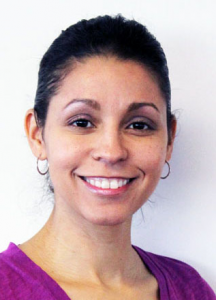 Lesbian, gay, bisexual, transgender, and questioning (LGBTQ) young people are twice as likely to be detained for status offenses as compared to straight youth, according to Angela Irvine, director of research at the National Council on Crime and Delinquency.


Lesbian, gay, bisexual, transgender, and questioning (LGBTQ) young people are twice as likely to be detained for status offenses as compared to straight youth, according to Angela Irvine, director of research at the National Council on Crime and Delinquency. Status offenses are usually acts that are criminalized due to a person’s status as a minor, such as truancy and running away from home. Research from the Justice Policy Institute has shown that youth who experience detention are at greater risk for a host of negative mental, physical and educational outcomes, and may be more likely to recidivate. So how do we help LGBTQ youth reduce their risk of justice involvement?

Take a walk through the center and you will notice the emphasis on an “intersectional” perspective. Intersectionality takes into account all the facets of a youth’s identity, such as being both black and gay, or white and transgender, or Latina and gender-nonconforming. Given that Angela Irvine’s research shows that the majority of LGBTQ youth in the juvenile justice system are youth of color, using an intersectional lens allows services to effectively address all aspects of a person’s identity and the needs that may arise. In this vein, RYSE’s founders also made sure their staff included LGBTQ people of color and that all programs and all staff are able to integrate and speak to issues pertinent to LGBTQ youth of color. They have also collected data on sexual orientation, gender identity, and gender expression (SOGIE) from the start. All this has been accomplished in light of and in spite of some community resistance and protest.

RYSE’s programming targets the needs of LGBTQ kids in multiple ways. Partnerships with schools and law enforcement are a critical point of impact, as both have a huge influence on which youth get “fed” into the juvenile justice system. RYSE also has a memorandum of understanding with the Contra Costa County Probation Department and the Richmond Police Department to divert young people charged with various offenses to RYSE’s diversion program.

RYSE does not receive any direct funding support for its juvenile justice work. It receives a small amount of direct support for its LGBTQ advocacy work, which is leveraged, along with other sources, to implement its juvenile justice programming. This lack of dedicated outside funding is common. In recent years, many foundations and government agencies have focused primarily on funding initiatives that lead to LGBTQ-inclusive policies. We must not lose sight of the need to fund training and technical assistance to support best practices in working with LGBTQ youth in organizations like RYSE, as well as police departments and schools.

There are few places like RYSE in the country, and we need more. With supportive community programs and diversion programs, we can positively impact the lives of more LGBTQ youth, their families, and their communities by addressing their needs and keeping them out of the school-to-prison pipeline.

Bernadette Brown is a senior program specialist at NCCD.