Some Rescue. The FBI’s Dubious War on Street Girls.

Some Rescue. The FBI’s Dubious War on Street Girls. 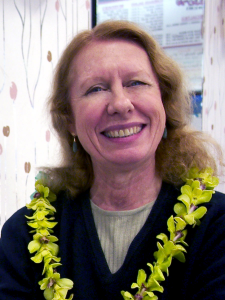 The FBI recently announced with great fanfare that it had “rescued” 105 youth and arrested 150 “pimps” for prostitution in 76 cities, including Boston, Denver, and San Francisco. The three-day raid, dubbed “Operation Cross Country,” was the largest in a decade-long FBI initiative aimed at what they called the persistent threat of child prostitution. But if you look closely, the FBI’s rescues look less like real heroism, and more like a photo op.

The FBI recently announced with great fanfare that it had “rescued” 105 youth and arrested 150 “pimps” for prostitution in 76 cities, including Boston, Denver, and San Francisco. The three-day raid, dubbed “Operation Cross Country,” was the largest in a decade-long FBI initiative aimed at what they called the persistent threat of child prostitution. But if you look closely, the FBI’s rescues look less like real heroism, and more like a photo op.

First of all, the people rescued weren’t small children.  They were almost teens, girls and young women, 13 to 17 years old. According to the FBI’s lead investigator, virtually all “come from runaway or group homes, and they feel like this [prostitution] is the only way for them to survive on the street.”

Second, the girls would almost certainly not characterize what was happening as a “rescue.” Images on the video accompanying the FBI’s press release showed girls in handcuffs.

For centuries, law enforcement has sought to eliminate prostitution, often incarcerating young women for long terms for “sexual immorality” or “for their own protection.” Now, they are being “rescued” and offered services of dubious quality that typically involve social stigma and detention.

In fact, many of these girls have already experienced the woefully inadequate services available to runaway youth. Girls who are on the streets usually have suffered sexual and other violent abuses in their homes and in alternative settings like foster home.  The journal Child Maltreatment reports there are some 100,000 substantiated cases a year. Sexual abuse of girls occurs at earlier ages and for longer periods than boys’ abuse, and girls’ abusers are more likely to be family members. It is no surprise that some run away from home.

Once girls run away, they sometimes turn to teen prostitution in order to survive.  The social context that produces teen prostitution and survival sex is a sad mix of broken and dysfunctional families, abused and traumatized youth, defunded social services, adults willing to exploit desperate youth, and privileged older, wealthier men who have absorbed the cultural idea that they should buy sex. It’s worth noting that while the FBI proudly reported on rounding up over 100 women, and 100 “pimps” – often men of color – they made no similar mention of any broad effort to arrest the thousands of clients, or “johns” who make the whole system function financially.

Government leaders and police often fail to acknowledge their own complicity in further stigmatizing girls engaged in survival sex. The FBI’s multi-city raid involved officers enforcing standard laws related to prostitution or solicitation, meaning that many of these so-called “rescues” involved little more than “rounding up the usual suspects.”

Periodic law enforcement raids change none of these realities. Nor do they change the fact that crucial local, state, and federal dollars that used to fund services for girls on the run from abusive families have been devastated by draconian budget cuts. Federal sequestration alone is predicted to bring a 56 percent cumulative reduction in juvenile justice funds that once provided states with vital, community-based services for troubled families and alternative care.

“They (girls) usually get into this because they are running away from something else,” Oakland, California, police Lt. Kevin Wiley declared. “It goes way beyond law enforcement to solve this epidemic.”

The Trafficking Victims Protection Act of 2000 and its re-authorizations define commercially-sold girls as victims, but most state laws allow for girls under 18 to be charged as prostitutes. Advocacy groups have tried to pass Safe Harbor laws, which mandate that any girl under 18 who has been sexually exploited be treated as a victim, not a criminal and placed in safe treatment facilities that provide medical and mental health services. Only 25% of states have passed such legislation.  Even then, “victims” in these states often find their “rescue” home is a shelter or detention facility.

With no system for helping teens put their lives on track, putting handcuffed girls in patrol cars is far from a rescue. It’s more like a round trip ticket to a visit with a broken detention system, followed by a return to the street..

Meda Chesney-Lind, Ph.D. teaches Women’s Studies at the University of Hawaii at Manoa. Nationally recognized for her work on women and crime, her testimony before Congress resulted in national support of gender responsive programming for girls in the juvenile justice system. Her most recent book on girls’ use of violence, Fighting for Girls (co-edited with Nikki Jones), won an award from the National Council on Crime and Delinquency for “focusing America’s attention on the complex problems of the criminal and juvenile justice systems.”

Lisa Pasko is Associate Professor in the Department of Sociology and Criminology at the University of Denver. Receiving her PhD from the University of Hawaii at Manoa, Professor Pasko primarily researches and teaches about gender, sexuality, crime, and punishment. In addition to numerous articles, book chapters, and technical reports, she is co-author of The Female Offender: Girls, Women, and Crime and Girls, Women, and Crime: Selected Readings (2013, Sage Publications). Professor Pasko’s latest research examines experiences of sexual minority girls in the justice system, paying particular attention to the correctional attitudes about sexual behaviors and identities and reproductive decision-making. As a public sociologist, she is also Chair of the Colorado Coalition for Girls and is performing an on-going evaluation of InterCept, a girl offender intervention program in Colorado Springs, CO.

The FBI recently announced with great fanfare that it had “rescued” 105 youth and arrested 150 “pimps” for prostitution in 76 cities, including Boston, Denver, and San Francisco. The three-day raid, dubbed “Operation Cross Country,” was the largest in a decade-long FBI initiative aimed at what they called the persistent threat of child prostitution. But…
We use cookies on our website to give you the most relevant experience by remembering your preferences and repeat visits. By clicking “Accept”, you consent to the use of ALL the cookies. However you may visit Cookie Settings to provide a controlled consent.
Cookie settingsACCEPT
Manage consent