Should This Referral Be Investigated?

Should This Referral Be Investigated? 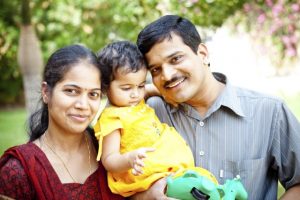 Some would argue that intervention is always good—that the family may benefit from the social worker’s assistance even if no child protection concern is present. While this may be true, having the government knock on your door and state that they received a report with concerns about your parenting is potentially a traumatic event. Additionally, does the government have a right to interfere with parenting when they don’t have enough information to indicate child protection concerns? I would argue that both points should be considered when thinking about the screening process.

In my previous work as a social worker, I was responsible for assessing child protection reports. I was not a part of the screening and response decision process; I received the report after this decision-making process took place, and most of the time I could understand the process. However, sometimes I had no idea why I was asked to go out and knock on someone’s door.

One report comes to mind whenever I think about this topic. I received a report indicating that a grade school-age child had a sunburn. Little information was included about the extent of the burn, the origin of the burn, or the parent’s behavior that contributed to the burn—only that the caller was concerned about the burn.

I remember asking my supervisor why I was going to the family’s home based on this report. “We don’t know how bad the burn is . . . we don’t know why the parents allowed this to happen,” was my supervisor’s response. I did not feel we had the right to intervene in this family’s life, but it was screened in and assigned to me so I completed the assessment. The outcome: No concerns about the parent’s actions regarding this sunburn. The sunburn was minor. The parent’s actions were appropriate.

An assessment used by everyone who screened calls, that clearly outlined the types of concerns considered to be child protection, would have helped me understand the reasons for this family visit. Additional information may have been gathered during the initial call that explained why this was a child protection concern. A standardized assessment would have helped the worker on the call know what was needed to complete the report and would have offered guidelines to the supervisor regarding what needed a response. I still might have questioned the decision, but a decision-support assessment with clear definitions would have helped me understand how the decision was made.

The reason I remember this call so vividly years later is because I felt that screening in this family was the wrong decision. Any number of skilled and caring parents who took their child to the lake over the weekend and applied sunscreen consistently but whose child got sunburned anyway could have been the subject of this report. This could have been a call on my home and my two children. I remember thinking how upset I would have been if the government had knocked on my door.

Check back next week for a new blog post regarding safety assessments.

One of the keys to an effective child protection system is the ability to consistently determine which reports rise to the level of needing a child protection response. Just as important is the ability to not respond to concerns that do not rise to that level. This screening decision is challenging, and the cost of…
We use cookies on our website to give you the most relevant experience by remembering your preferences and repeat visits. By clicking “Accept”, you consent to the use of ALL the cookies. However you may visit Cookie Settings to provide a controlled consent.
Cookie settingsACCEPT
Manage consent