Should This Child Be Removed From the Home?

Should This Child Be Removed From the Home? 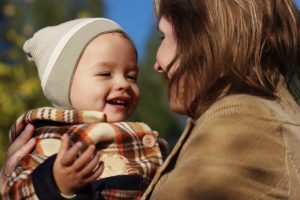 Safety is one of our primary goals in child welfare, but knowing whether a situation is concerning enough to require action can be a challenge. Further complicating the worker’s decision to require an in-home safety plan or remove a child from his/her parents is the timing of the incident in question.

When the issue of timing is raised, I am often reminded of a case I encountered while in practice that highlights the complex question of immediate safety. It began with a call to child protective services (CPS) by police who were notified by a neighbor about a child crying and a dog barking in a nearby apartment over the course of an afternoon. The neighbor attempted to contact the tenant, but no one answered the door. Police responded and found a 3-year-old closed in a room with a dog and no adult in the home. Police called CPS to respond.

The child was taken into custody. CPS learned that the child resided with her mother and that her father’s whereabouts were unknown. Police later located the child’s mother in another state, where she had gone to meet up with a new boyfriend she met online. Mother explained that she had a babysitter lined up for the weekend, but the sitter was late and the mother didn’t want to miss her flight. Her solution was to lock the child in the bedroom—with the dog as protection— until the babysitter arrived.

This is a clear case of an unsafe child. CPS had no alternative but to take custody. However, what if the situation had been slightly different? What if the mother left for her flight, and the sitter came to the house 10 minutes later? What if the mother was gone all weekend and returned to find the child and dog still in the bedroom, but no one found out about it until after the mother was back home and caring for her child?

The question of safety is more than an immediate concern. I would consider the child unsafe in the mother’s care even if the babysitter had arrived 10 minutes after mother left. I would consider the child unsafe if CPS didn’t hear about the incident until two weeks after the incident occurred. The reason is that the mother did not provide for the care and supervision of her child. She made a choice that left the child unsafe. Without intervention, there would be no way to know that the behavior changed. Without intervention, this could happen again with a much worse outcome.

Finding a child unsafe does not mean CPS must remove the child. If a safety plan that addresses the safety concerns while leaving the child in the home can be created, CPS can do so. But to consider a situation safe because there was no bad outcome or because too much time has passed is, in my opinion, missing the point of assessing for safety.

Check back next week for a new blog post regarding risk assessments.

Safety is one of our primary goals in child welfare, but knowing whether a situation is concerning enough to require action can be a challenge. Further complicating the worker’s decision to require an in-home safety plan or remove a child from his/her parents is the timing of the incident in question. When the issue of…
We use cookies on our website to give you the most relevant experience by remembering your preferences and repeat visits. By clicking “Accept”, you consent to the use of ALL the cookies. However you may visit Cookie Settings to provide a controlled consent.
Cookie settingsACCEPT
Manage consent