Should a Case Be Opened?

Should a Case Be Opened? 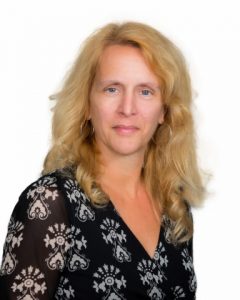 When deciding whether to open a child protection case, caseworkers have both their professional judgment and any tools their agencies provide to assist them. While a caseworker may feel strongly about a family’s need for services—or for the chance to improve a situation on their own, independent from the system—the tools at hand may not support their judgment.

The system I worked in as a caseworker did not have an actuarial risk assessment to help us understand which families were at risk of returning to the system. However, I do remember cases when I was sure a family would return and cases when I thought they would be fine going forward without system intervention.

I will never forget one case of physical abuse—not because of the abuse itself but because of the reasoning behind it. The case involved a father and his four children, who were getting ready to leave the house for the day. The father was going to drop off the children at school before proceeding to work. Before they could leave, one of the children took the van keys, put them in the van, and locked the door. The children and the father were locked out of the van, and the mother—at work, several miles from home—had the spare keys. Worried about being late for work and angry that the child deliberately locked the keys in the van, the father lined up all four children and physically punished them. One of the children was bruised and reported what happened to a teacher. We were called to investigate.

When I spoke to the father about the events of the day, he was remorseful. He admitted that he should not have hit the children as hard as he did and stated that he was frustrated and scared that he would be fired from his job. He indicated that he knew which child locked the keys in the car. When I asked him why he hit them all he said, “Well, it wouldn’t be fair if I just hit one.” This family had none of the risk factors that would be considered on the risk assessment. They had no history with child protection services (CPS). The family had a home and did not struggle with substance use or domestic violence. The father simply had a bad day and made an unfortunate choice. This was a family, I thought, with a great chance of never being system-involved again.

Conversely, I dealt with several cases with many concerning risk factors and had no way to support a decision to open a case. It would have been good to have an actuarial risk tool to assist me in convincing the court and the family that I should stay involved.

One case that comes to mind involved a teenager with severe diabetes. The child’s mother had significant mental health concerns and active substance abuse issues. The child was refusing to go to doctors’ appointments. The family was homeless. The mother had CPS history as a child and numerous previous reports of child neglect. However, the grandmother and school nurse were supporting this child in getting what she needed. The mother was not neglecting the child, as the grandmother was helping and willing to support the child. The issue was the child refusing to go to the doctor.

While there was not enough to file in court for neglect, many risk factors were present. This family was in and out of the system a lot. It would have been helpful for me as a worker to have a risk assessment based in research to support my efforts to work long term with this family. I have no doubt that this family was at high risk of returning to the system, and my inability to open a case was a missed opportunity.

Check back next week for a new blog post regarding case plans.

When deciding whether to open a child protection case, caseworkers have both their professional judgment and any tools their agencies provide to assist them. While a caseworker may feel strongly about a family’s need for services—or for the chance to improve a situation on their own, independent from the system—the tools at hand may not…
We use cookies on our website to give you the most relevant experience by remembering your preferences and repeat visits. By clicking “Accept”, you consent to the use of ALL the cookies. However you may visit Cookie Settings to provide a controlled consent.
Cookie settingsACCEPT
Manage consent