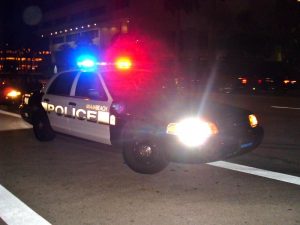 In 2014, some journalists were asking a simple question: How often does this happen?

It was early August. Michael Brown, an 18-year-old in Ferguson, Missouri, had just been shot and killed by a white officer. Quickly, reporters descended on the city, trying to make sense of the teen’s death. Beyond what happened in the moment, they wanted to understand Brown’s death in context, whether Brown’s death was an outlier or the norm. And within days, stories emerged that no one really knew how to do that, because it turned out that no one was keeping count of shootings like Brown’s on a national level.

In collaboration with Ben Montgomery of The Tampa Bay Times, Radiolab produced a three-part series on officer-involved shootings. And although our series began with that basic question—How often does this happen?—as we dug deeper, we began to ask an entirely different set of questions: Why does this happen? How does it happen? And what happens to the people involved?

Ben spent three years tracking down every single officer-involved shooting in Florida over a six-year period, from 2009 to 2015. The total number was 828 shootings in which a civilian was shot and killed or severely injured by an officer.

In his reporting, Ben discovered another number that, although striking, was unsurprising: 40% of people shot by police in Florida are black. That’s despite being 16% of the state’s population.

We wanted to go beyond that number, which led us to a small community center in DeLand, Florida. It was an event for the death of a man named Marlon Brown, an unarmed black man who was killed by police. We met Marlon’s kids, his ex-wife. And then, more families arrived: families of other black men who were killed by police. They’d come from all over the country— Brooklyn, Chicago, Savannah—wearing t-shirts emblazoned with the faces or names of their dead loved ones. And it soon became clear that this gathering was for more than just one man and his family—this was a network.

In Part 1 of a three-part series, we spent a day with these families as they leaned on each other for support; we bumped into a police chief in Daytona Beach who is trying to police differently; and while sitting in the living room of a woman whose young, black son was shot and killed during a traffic stop, we confronted the gulf that lies between White and Black America, and that lies between hope and justice.

Matt Kielty produced and reported “Shots Fired: Part 1,” a finalist in the radio category for the 2018 Media for a Just Society Awards. The episode was made for the podcast and radio show Radiolab, which is produced by WNYC.

In 2014, some journalists were asking a simple question: How often does this happen? It was early August. Michael Brown, an 18-year-old in Ferguson, Missouri, had just been shot and killed by a white officer. Quickly, reporters descended on the city, trying to make sense of the teen’s death. Beyond what happened in the moment,…
We use cookies on our website to give you the most relevant experience by remembering your preferences and repeat visits. By clicking “Accept”, you consent to the use of ALL the cookies. However you may visit Cookie Settings to provide a controlled consent.
Cookie settingsACCEPT
Manage consent