The Short, Wonderful, But Ultimately Tragic Life of Lena Bruce

The Short, Wonderful, But Ultimately Tragic Life of Lena Bruce 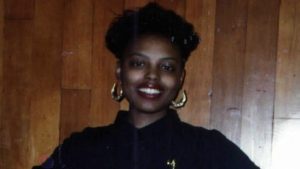 According to a compilation of data collected by the Scripps-Howard News service, from 1980 to 2008 close to 185,000 homicide cases in the United States went unsolved, and the data showed major disparities between the resolution of cases involving black and white victims. From 1990 until the near present, about 29% of the killings of white men and boys went unsolved compared to 38% of killings of black men and boys. There was also a disparity between the number of unsolved homicides involving black adult female and white adult female victims, and thus a disparity in justice itself.

So, it was with a sense of amazement for many in Boston when the Suffolk County district attorney announced in the summer of 2015 that the murder of a young African American woman in 1992, more than two decades earlier, may have been solved. The WGBH radio investigative series The Short, Wonderful, but Ultimately Tragic Life of Lena Bruce was inspired by two words in the DA’s press release: “extensive investigation.”

When I took a closer look at how the investigation into the killing of Lena Bruce was carried out, the details and early history belied the term “extensive.”

Police and prosecutors told WGBH that they worked diligently, in their words, to find the killer of this young black woman, a recent graduate from Tufts University’s School of Engineering. But the initial probe contravened claims of diligence. In interviews, Lena Bruce’s Delta Sigma Theta sorority sisters and a former boyfriend described an initial investigation characterized by “callousness, carelessness, and indifference.” There was a widespread feeling that a black life did not matter.

Reporting this series over an eight-month period proved difficult. Lena’s parents were deceased and her niece, Lena, named for her murdered aunt—the only surviving member of the family—declined to talk about a memory that she said she would rather not revisit. Contacting her sorority sisters and ex-boyfriend required tracking them down throughout the country. The lawyer for the defendant declined to be interviewed because the trial has yet to begin.

Ultimately, I was able to speak briefly with the head of Boston’s Cold Case Squad, who addressed the personal impact of the Lena Bruce case in spurring investigations into other unsolved murders. The work of the Cold Case Squad—formed several years after the 1992 crime, advances in DNA forensic science, and especially the persistence of Lena Bruce’s friends were the keys to solving her murder.

This three-part series is about how a community rallied behind an African American woman murdered in the prime of her life and forced police to take the investigation into her death seriously. WGBH’s editorial attention to this case may have also prompted the Boston police to make a more concerted effort to solve cold cases in black and Latino communities, which often do not merit the same attention as white victims by police and media.

Phillip Martin is an award-winning journalist who serves as a senior investigative reporter for WGBH News in Boston.

According to a compilation of data collected by the Scripps-Howard News service, from 1980 to 2008 close to 185,000 homicide cases in the United States went unsolved, and the data showed major disparities between the resolution of cases involving black and white victims. From 1990 until the near present, about 29% of the killings of…
We use cookies on our website to give you the most relevant experience by remembering your preferences and repeat visits. By clicking “Accept”, you consent to the use of ALL the cookies. However you may visit Cookie Settings to provide a controlled consent.
Cookie settingsACCEPT
Manage consent