Shifting the Justice Paradigm One Word at a Time

Shifting the Justice Paradigm One Word at a Time 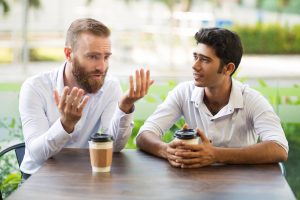 Moving from punitive to rehabilitative approaches is an integral aspect of justice system reform. The need for this change is based on current research that shows rehabilitative approaches lead to more positive outcomes for individuals—and safer communities. Beyond that, however, system reform requires a significant paradigm shift. Many justice agencies have taken to implementing “evidence-based practices” and therapeutic programming but have not yet changed their culture. This requires administration and upper management to embrace small steps that all players can take.

Changing the words we use when referring to people with past or current justice system involvement is one such small step: Thoughts shape words; words shape actions. As a society, we continue to penalize people who have committed crimes long after they finish serving their sentences by labeling them with words like “ex-con,” “offender,” and “perpetrator.” These labels can build barriers to full participation as community members. Barriers to housing access, jobs, democratic representation—along with general shunning—make it difficult for people to find personal success after involvement with the criminal justice system.

Language started changing in the world of juvenile justice first, with a move away from calling young people who commit crimes “juvenile delinquents” or “juveniles” to the term “youth.” This terminology makes sense for a number of reasons, including the fact that many jurisdictions serve individuals in the “juvenile justice” system (community supervision or institutions) past the age of 18, when individuals are no longer considered juveniles under the law.

As scientists learn more about human brain development, it has become clear that the human brain does not stop developing until the early to mid-20s; therefore, it makes sense that juvenile justice systems continue to serve individuals ages 18–21 instead of moving them to a system designed to serve those whose brains are fully developed (i.e., the adult justice system). It also makes sense to refer to those involved in this system with a more human-centric, inclusive word that is not a loaded label but indicates who they are: youth.

The concept applies to adults as well. While someone’s brain may be done developing, it does not mean they are a lost cause because they engaged (and were caught) in a negative behavior. Everyone is more than a behavior or action from their past. We do not refer to individuals who have been hospitalized as “ex-patients,” even if they were there for a reason some of us may find morally unacceptable, so we need to evaluate why we define people with justice system involvement this way.

Rather than using the negative labels mentioned above, the field is working to embrace terms like “justice-involved individual,” or for those being released from incarceration, “returning citizen.” These terms are used by many agencies, though some have found more success than others in shifting their rhetoric. Some agencies and jurisdictions simply started changing the language they use every day in speech, written materials, training, and media. Others have attempted to impose a change in rhetoric by passing formal policy or unbinding municipal resolutions, such as in San Francisco. However, when such an effort is imposed through policy rather than overall organizational cultural change, it is likely to meet more resistance.

This change in language is not about concern for hurting people’s feelings; it is not about being politically correct. It is about recognizing the humanity of people, acknowledging the debt they have paid, and moving past our punitive attempts at keeping our communities safe. Simply changing the words we use is a positive step start toward the justice reform we seek.

For more on this topic, read “Unlocking the Second Prison: Changing Our Words to Help Returning Citizens” on the Shared Justice website.

Katie Meyer is a program associate at NCCD.

Moving from punitive to rehabilitative approaches is an integral aspect of justice system reform. The need for this change is based on current research that shows rehabilitative approaches lead to more positive outcomes for individuals—and safer communities. Beyond that, however, system reform requires a significant paradigm shift. Many justice agencies have taken to implementing “evidence-based…
We use cookies on our website to give you the most relevant experience by remembering your preferences and repeat visits. By clicking “Accept”, you consent to the use of ALL the cookies. However you may visit Cookie Settings to provide a controlled consent.
Cookie settingsACCEPT
Manage consent