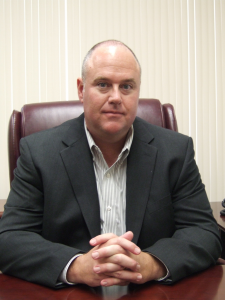 The California Board of State and Community Corrections (BSCC), the Chief Probation Officers of California (CPOC), and the National Council on Crime and Delinquency (NCCD) recently collaborated to ensure that detained youth who identify as lesbian, gay, bisexual, or transgender (LGBT) are afforded equal protections and provided with effective services specific to their needs.

The California Board of State and Community Corrections (BSCC), the Chief Probation Officers of California (CPOC), and the National Council on Crime and Delinquency (NCCD) recently collaborated to ensure that detained youth who identify as lesbian, gay, bisexual, or transgender (LGBT) are afforded equal protections and provided with effective services specific to their needs.

The California BSCC is tasked with ensuring that local agencies (counties) meet State minimum standards for operating adult and juvenile detention centers. An executive steering committee (ESC) was formed by the BSCC in 2012 to review and revise Title 15 of the California Government Code, which regulates juvenile detention centers. In addition to conducting routine revisions, the ESC, which consisted of chief probation officers, other lead probation personnel, leaders in education, juvenile justice commissioners, and a prominent Youth Law Center attorney, was tasked with introducing LGBT language into the Title 15 regulations. Ultimately approved for final publication were common LGBT definitions, such as for gender identification, gender identity, sexual orientation, and transgender. Also adopted were equal protection measures, and measures specific to LGBT youth, such as non-discrimination provisions, fair classification procedures, and safe and private search procedures. What was not approved for the final draft of regulations was an edict that facility administrators develop written policies and procedures related to addressing the needs specific to transgender youth. Efforts, however, were already underway in two California counties (Santa Clara and Alameda) to work with NCCD to develop policies for addressing the needs LGBT youth in the justice system.

Following the approval of the 2012 revisions to Title 15, CPOC, with the support of the BSCC and driven by NCCD, assembled a workgroup of probation administrators to identify best practices for addressing the needs of detained LGBT youth, titled “Best Practices for Working With LGBTQI Youth in Detention.” Following an initial online training in November 2012, the 13-member committee convened at BSCC headquarters in Sacramento in March 2013. Training and consultation were provided to the group by Shannan Wilber, National Center for Lesbian Rights youth project director, and Bernadette Brown, former NCCD senior program specialist. Each member of the committee shared his/her own agency’s unique experiences, perspectives, and efforts in working with the LGBT population. Also expressed were the need to link the committee’s work to the policies of the Prison Rape Elimination Act (PREA), the overall lack of LGBT education in our field, and the insensitivity of line-level staff working with the LGBT population.

The “Best Practices” committee concluded the March 2013 workgroup with a consensus that the acronym LGBTQI, including the identifiers “questioning” and “intersex,” would be used going forward. The committee also provided CPOC with the following recommendations, all of which were subsequently approved for further action.

Momentum has gained since the BSCC first tackled the recommendation to include LGBT language and protections in juvenile detention regulations. While policies specific to detained LGBT youth were nowhere to be found in California detention centers in 2012, they can now be found in several, including in Merced County. Another county, Stanislaus, has now worked for several months with the Prison Law Office (PLO) and NCCD on gathering sexual orientation, gender identity, and gender expression (SOGIE) data on youth at time of detention for purposes of identifying disproportionate contact with the justice system and for better identifying resources specific to their needs. Several other Central California county probation departments have joined Stanislaus County and are now collaborating with the PLO and NCCD on SOGIE efforts.

Going forward, it is the intent of all California probation administrators that the progress of the last few years continues to ensure that all youth, including those who identify as LGBTQI, receive services that ensure safety and are effective at addressing their specific needs.

Scott Ball is chief probation officer of the Merced County Probation Department. He has more than 20 years of experience working for California probation departments and has a BS in criminal justice and corrections from California State University, Sacramento.

The California Board of State and Community Corrections (BSCC), the Chief Probation Officers of California (CPOC), and the National Council on Crime and Delinquency (NCCD) recently collaborated to ensure that detained youth who identify as lesbian, gay, bisexual, or transgender (LGBT) are afforded equal protections and provided with effective services specific to their needs. The…
We use cookies on our website to give you the most relevant experience by remembering your preferences and repeat visits. By clicking “Accept”, you consent to the use of ALL the cookies. However you may visit Cookie Settings to provide a controlled consent.
Cookie settingsACCEPT
Manage consent