Seeing Children Instead of Statistics

Seeing Children Instead of Statistics 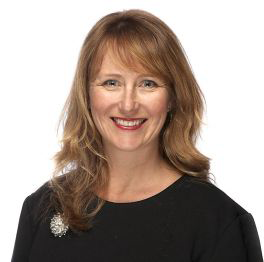 I was sitting on the stage at a large community town hall gathering, the culmination of a year’s worth of reporting on black males in Oakland. I had spent months in homes, in classrooms, and on the streets documenting the challenges and the horrible odds facing African American men and boys.

With 300 people in the audience, I sat with four black male panelists and a black male moderator to discuss the needs of African American boys. It had been a long journey, the hardest story I had ever done, yet the payoff was seeing the community together talking about an intractable problem.

And then an African American woman approached the microphone during the Q and A. She pointed at me. “I want to ask you a question. What gives you the right to be sitting in that chair?”

She hadn’t said it, but everyone knew what she meant. I was white.

The journey to that stage started more than a year earlier. I had been covering education in California for 16 years, and during that time I had written pretty much every possible education story: test scores, budget cuts, art programs, special education, buildings, bonds, school board elections. I had even floated weightless with a bunch of science teachers on that plane that simulates space flight.

I saw the children. I saw them struggling in classrooms and I saw them on the streets, their lives filled with violence, poverty, and absentee parents. I remember one boy, who was about 12, telling me that the sound of gunshots in his neighborhood were like birds chirping. They were the background noise of his childhood.

So in the fall of 2012, I decided it was time. I still wasn’t sure how to tell the story, so I started gathering data. And I found a new statistic, one I hadn’t seen. I had added up all the African American males who, over a decade or so, graduated from Oakland schools college ready—meaning they qualified for admission to state universities. And then I added up all the black men and boys killed during that same time.

The numbers were the nearly identical: 787 killed and 802 graduating college ready

How was that possible? I spent the next year trying to find the answers and documenting what the schools and city were doing out those numbers. In August, we ran our three-part Even Odds series. And not long after that, I found myself on that stage, with five black men and a woman in the audience pointing her finger at me.

“I want to ask you a question. What gives you the right to be sitting in that chair?”

I told the woman that I had spent the last year reporting on the lives of black males in Oakland, but that I didn’t write the series for the African American men on the stage with me—for those who already knew what it was like to be a black boy. I wrote it for the people who would never know what it was like to dive under the dinner table to the sound of gunshots or to lose count of the funerals they attended for black boys.

I told the woman I wrote it because I believed there was a place for everyone at the table to address the odds against black males. And I wrote it because I thought everyone should care about the fate of these children. As hard as it was to report on and write this series, it will all have been worth it if one person questions their fear the next time they see a young black male walking down the street—if they don’t see a statistic, but a child.

Jill Tucker has covered education in California for 16 years, writing stories that range from issues facing Bay Area school districts to broader national policy debates. Her work has generated changes to state law and spurred political and community action to address local needs. She has received regional, state, and national recognition for her work, including awards from the Society of Professional Journalists, the Education Writers Association, and the California Newspaper Publishers Association, as well as two Casey Medals for Meritorious Journalism.

She is a frequent guest on KQED’s “This Week in Northern California” television show and “Forum” radio show. A Bay Area native, Ms. Tucker earned a master’s degree in journalism at the University of Colorado, Boulder and a bachelor’s degree from the University of California, Santa Barbara. In between, she spent two years as a Peace Corps volunteer teaching English in Cape Verde, West Africa.