Searching for Black Girls in the School-to-Prison Pipeline

Searching for Black Girls in the School-to-Prison Pipeline 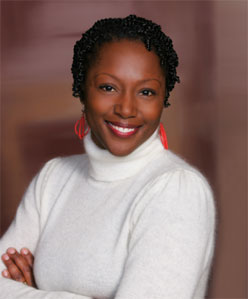 Monique W. Morris is an author, Soros Justice Fellow, and lecturer for Saint Mary’s College of California. For more information, visit her website.


Monique W. Morris is an author, Soros Justice Fellow, and lecturer for Saint Mary’s College of California. For more information, visit her website.

Nationwide, the school-to-prison pipeline is used to describe the school-based policies, practices, conditions, and prevailing consciousness that facilitate criminalization within educational environments and the processes by which this criminalization results in the incarceration of youth and young adults. The phenomenon disproportionately affects youth of color—both female and male. However, public and scholarly discourse and advocacy have focused almost exclusively on Black and Latino males.

A recent report by The Sentencing Project shows a 30.7% decline in the incarceration rate for adult Black women in prisons throughout the nation [1].  This is promising news; however, Black women and girls continue to be over-represented among those who are in contact with the criminal and juvenile justice systems. Black girls continue to experience some of the highest rates of residential detention.  Black girls represent the fastest-growing segment of the juvenile justice population, and they have experienced the most dramatic rise in middle school suspension rates in recent years.

In the recent report, Race, Gender and the School-to-Prison Pipeline: Expanding Our Discussion to Include Black Girls, I discuss how Black girls are disproportionately affected by punitive, zero-tolerance policies that push marginalized children out of school and toward an increased likelihood of dropout, unemployment, and incarceration. In this report, I also discuss how the “pipeline” framework, which was largely developed from the conditions and experiences of males, may limit our ability to see the ways in which Black girls are affected by instruments of surveillance (i.e., zero-tolerance policies, law enforcement in schools, metal detectors, etc.). I argue that by only emphasizing the conditions of the boys, we have effectively rendered the girls invisible in the public examination of “school-to-prison” pathways; we have prevented ourselves from properly understanding or articulating the tricky trajectory toward prison for Black girls.

Aside from a few egregious cases of 6-year-olds arrested in schools for having tantrums,  the connections between school and confinement for Black girls has remained hidden to the public. Our challenge is to capture the authentic experiences of Black girls who are marginalized in their learning environments and then thrust toward life experiences that increase their risk of incarceration. But first, we must acknowledge that they are relevant to the discussion. Only then can we move on to engage in a dynamic examination of the ways in which Black girls are uniquely impacted by stereotypes about their femininity and the ways in which they might be affected by school policies that facilitate the arrest of girls who are running—either from or to—relationships that lead them to participate in illegal, underground economies.

There is, indeed, much to explore in the discussion—all the more reason to have one.